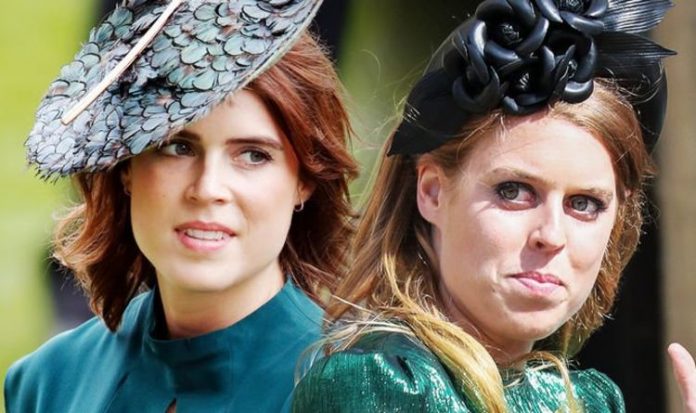 The two siblings are renowned for being close, which was perhaps best demonstrated by their decision to choose one another as their Maid of Honour at their respective weddings. During the coronavirus pandemic, the sisters have also joined forces to spread messages of hope, by supporting charities and initiatives across the nation. But one moment for Eugenie highlighted just how much the pair relied on one another for emotional support after Beatrice was the target of a “horrible” report.

The pair, Eugenie explained, had been taught how to handle the media spotlight, which comes with being part of the country’s most recognisable family, by their parents Prince Andrew and Sarah Ferguson.

Yet that intense scrutiny still struck as Eugenie devastatingly remembered.

She said: “There was a horrible article that had been written about Beatrice and she got really upset.

“We were just about to step out and she had a bit of a wobble and cried. I was looking after her.”

Eugenie added in a 2018 Vogue article: “And then about an hour later, I had a wobble and started crying and Bea was there for me.”

Before Eugenie and Beatrice both wed their respective husbands, they were known for their party-going sensibilities.

They are also known for their friendships with some of the country’s biggest celebrities including James Blunt, Naomi Campbell and Ellie Goulding – all of whom attended Eugenie’s wedding.

But reflecting on those moments, Beatrice added: “It’s hard to navigate situations like these because there is no precedent, there is no protocol.

JUST IN: Princess Beatrice, Eugenie and Jack enjoy night out but no Edoardo

Although trivial, it suggests just how indestructible their relationship is, with Eugenie lavishing praise on her sister for the way she supported her while they grew up.

Similar relationships between siblings can also be seen within the Royal Family, particularly with the princesses’ cousins Prince William and Prince Harry.

The brothers enjoyed an ardent bond as a result of their shared devastation over the loss of their mother Princess Diana, and also from their time spent serving in the Armed Forces.

But in more recent times, William and Harry have appeared to move in separate directions, with the Duke of Sussex claiming last year that they were on “different paths”.