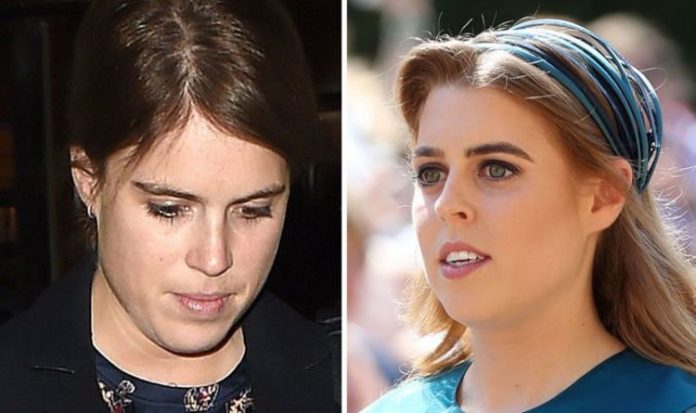 Eugenie, and her sister Princess Beatrice, are among some of the most recognisable faces in the world, and as their profile within the Royal Family has increased, so has the scrutiny on the siblings. With cousin Prince Harry and his wife Meghan Markle now removed from senior royal duties, the spotlight has shifted on to the pair, who in their twenties had party girl reputations. But as they have grown older, with both sisters now married, Eugenie and Beatrice have become pillars of the Firm, taking on more and more roles within the Royal Family.

Yet, reflecting on the pressures she has endured while a member of the planet’s most famous family, Eugenie said before she got married two years ago what tactics her parents Prince Andrew and Sarah Ferguson helped them employ.

She spoke after being spotted alongside her sister at a Beyonce concert, with their appearance making national newspaper news.

Eugenie said: “Growing up in the media, it’s…interesting.

“We’ve had some serious grounding from our parents. They’ve had their fair share of terrible media interest and it makes us stronger.

“We believe very strongly in who we are, and the support system of our friends and our family is pretty incredible.

“There’s no point being angry with anyone for beating us up – we just need to shine light and love in the world.”

Eugenie and Beatrice opened up to Vogue about their celebrity status, but both wanted to show that they were “real people”.

They said it was important that all people feel “real”, as it’s “so easy to recoil when you see a perfect image on Instagram”.

He then declared the pair were being “a tad ridiculous” after they said they were “real” people.

Mr Myers added on the podcast in 2018: “They’ve been heavily criticised in the past about the number of extravagant holidays they’re taking while not being too conscientious in their work life.

“If they want to be taken seriously talking about their charity work, which they do, they’ve got to bring themselves back down to earth.”