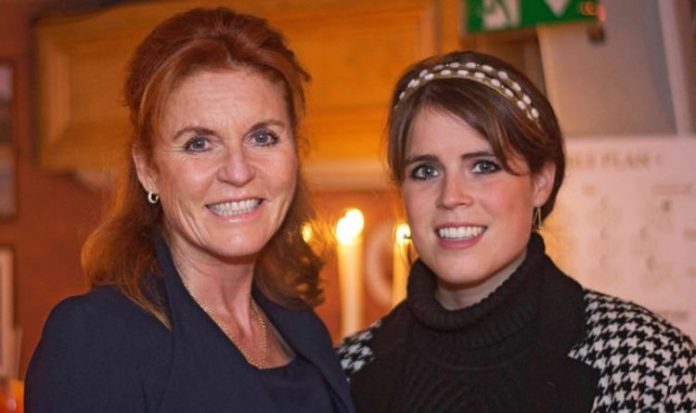 Last week, Princess Eugenie announced the happy news she is expecting her first child with husband Jack Brooksbank. The couple has been married for two years, and recently celebrated Eugenie’s sister Beatrice’s wedding.

Eugenie was also spotted in August visiting her grandmother the Queen in Scotland, where the monarch had returned to for her summer break.

Now all thoughts will be on baby preparations, with a new arrival coming in early 2021.

Announcing the news on Instagram, Eugenie shared two photos – one of her and Jack smiling to the camera, and a second of the couple holding a pair of adorable teddy bear baby booties.

Eugenie and Jack’s baby will make Sarah Ferguson and Prince Andrew grandparents for the first time, and the pair are said to be ecstatic with the news.

Read More: Kate Middleton: Duchess travels with this many people in her entourage

She has authored several children’s stories including Little Red, Ballerina Rosie and James and the Bullies.

When appearing on the BBC’s The One Show in 2018, Fergie was asked how she felt about becoming a grandparent someday.

She responded: “Excellent! They are thrilled because I write children’s books and I’m a child, I haven’t grown up.”

Sarah launched her own YouTube channel during lockdown, reading stories to children.

Named Storytime With Fergie and Friends, both Beatrice and Eugenie appeared to read stories to the 6,000 subscribers.

She has read books like We’re Going on a Bear Hunt by Michael Rosen, Winnie the Pooh by A A Milne and The Tales of Peter Rabbit by Beatrix Potter.

As many of the videos have been filmed in the summer, Sarah has been reading sat in her garden at Royal Lodge Windsor.

Speaking in her first YouTube video in April Sarah said: “It’s so exciting because I’m in my favourite place ever, ever, ever and that’s with children and thinking of children.

“And thinking about all of the children out there who just need a little bit of magic.”

On the day of Princess Eugenie’s baby news, Sarah read a book named Nanna Maureen by Casey Gillespie which is about a magical grandmother.

Published on YouTube, royal fans were quick to congratulate Sarah on the news she would soon become a grandmother herself.