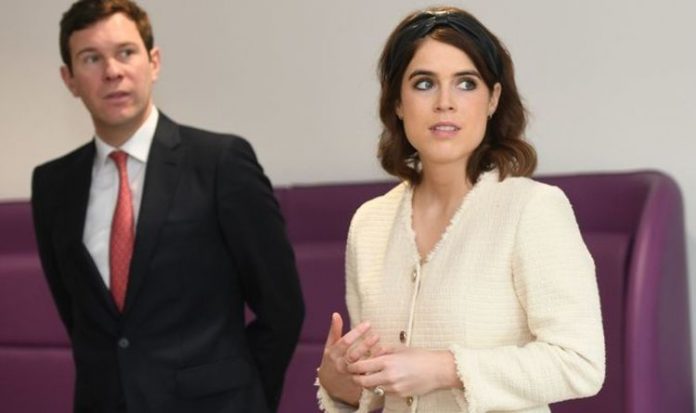 During the Royally Obsessed podcast Rachel Bowie and Roberta Fiorito discussed speculation surrounding whether Princess Eugenie is pregnant. Ms Bowie stated that in the new pictures taken at Balmoral Castle, Eugenie is wearing an oversized jacket and has no visible bump.

Ms Bowie said: “My low of the week is that people keep speculating about Eugenie being pregnant.

“I just hate this, wait until she announces it first of all.”

Ms Fiortio added: “It is so not okay.”

Ms Bowie continued: “So people are speculating because of new pictures of her and Jack arriving at Balmoral for the summer vacation with the Queen.

“She is wearing a green over sized jacket and there is no visible bump.

“It’s just a jacket so leave her alone.”

Earlier this month Princess Beatrice and Princess Eugenie were told that “most people” do not know who they are by the CEO of Republic.

Republic campaigns for the abolishment of the monarchy and Queen Elizabeth II to be replaced by an elected head of state.

READ  Buy-now-pay-later products to be regulated

“Certainly you can understand why someone would think it was okay with William, but I think with Beatrice and Eugenie most people do not know who they are and do not care.

“I think that maybe the penny has dropped with some of them that this is the case.

“Hopefully the next generation of royals won’t demand lavish weddings.”