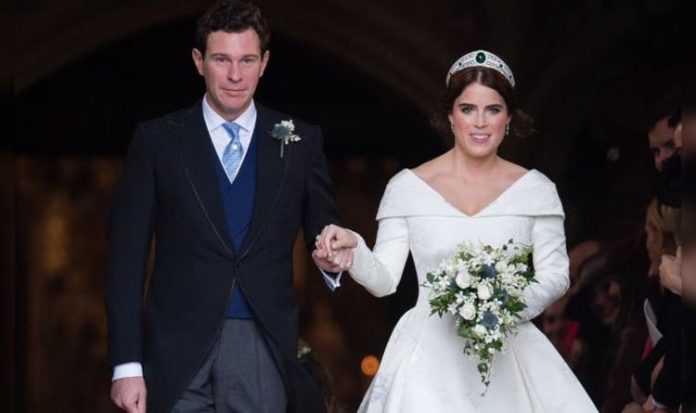 Dukedoms are given by the reigning monarch, which is how Prince Philip came to be the Duke of Edinburgh.

He was granted the dukedom by his father-in-law, King George VI, on the eve of his wedding to the then Princess Elizabeth.

So when Eugenie, born Princess Eugenie Victoria Helena of York, got married, there was no precent for her to be named duchess given that traditionally, only sons and grandsons of the monarch got them.

As a female, she is also illegible to inherit her father’s Dukedom of York.

This is true despite the fact that a non-royal female who marries a prince will take on the duchess title if her husband is granted a dukedom.