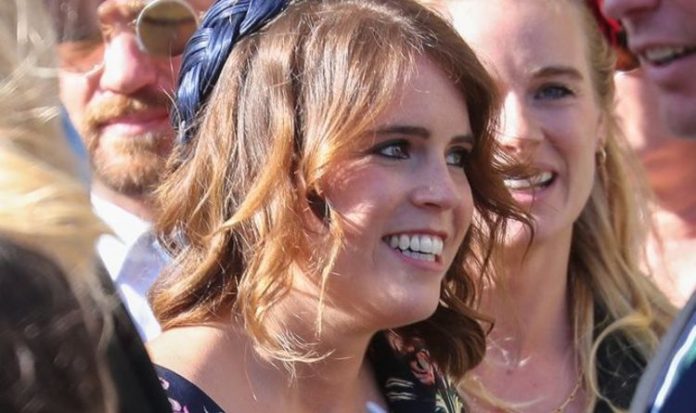 Princess Eugenie is set to welcome her first royal baby in the early months of 2021 as she and Jack Brooksbank announced the upcoming arrival in September. But the ninth grandchild of the Queen and Prince Philip may not receive the same treatment Prince William and Prince Harry were allowed to reserve to their own children, according to expert Marlene Koenig. Contrary to royal children ahead in the line of succession, Eugenie and Jack’s baby will have limited public appearances and a more “private” life.

Speaking to Express.co.uk shortly after the pregnancy announcement, Ms Koenig said: “We might get a Christening photo that doesn’t show grandpa Andrew.

“They’ll probably have a nanny, things like that. Baby Brooksbank is going to have a very quiet normal, private life.

“Except for the state occasions where they have big services where you’ll see people like Lady Sarah Armstrong-Jones’ children.”

LATEST: Meghan and Harry’s Netflix deal could produce ‘stuff of nightmares’ for the Royal Family

At birth, Baby Brooksbank will be tenth in the line of succession behind their mother Eugenie and aunt Princess Beatrice.

Ms Koenig also noted that the baby will see their position change again and again in the future should Beatrice and her husband Edoardo Mapelli-Mozzi have children of their own.

She continued: “There’s definitely going to be press attention because it’s Princess Eugenie and she’s having a baby.

“Another great-grandchild for the Queen but Jack is not getting a peerage so it’s only Baby Brooksbank.

But the youngest Princess of York would not be the first to forego the photocall as her elder cousin Prince Harry and wife Meghan Markle also opted out when their son Archie was born.

The Duke and Duchess of Sussex agreed to have photographers take their first snaps with their baby son a few days after the birth at Windsor Castle.

Prince William and Kate, the Duchess of Cambridge appeared on the steps of the Lindo Wing within hours of the arrival of all three of their children in 2013, 2015 and 2018.