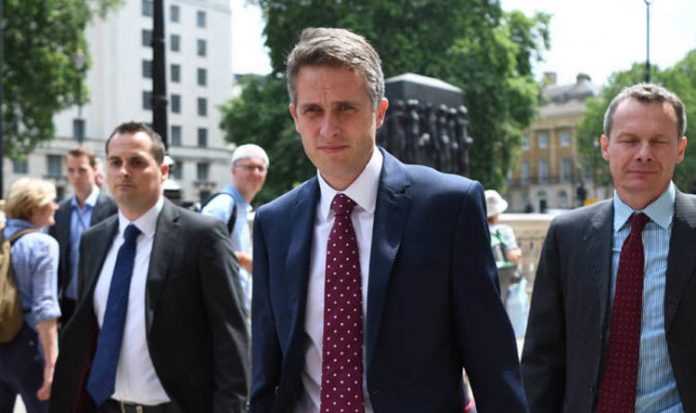 He said a Ministry of Defence team was being set up to advise how ex-service members could be shielded amid growing pressure to stop repeated attempts to prosecute ex-soldiers over actions in Northern Ireland decades ago.

Mr Williamson told the House of Commons: “I understand concerns over whether serving and former personnel are receiving the legal protection and certainty that they deserve.

“I have established a dedicated team within the Ministry of Defence to consider this issue and to advise on the way forward.

“We are very keen to find a longterm solution to help all service personnel from conflicts, not just Northern Ireland but in terms of Afghanistan and Iraq, in making sure that vexatious claims are eliminated.

“The reason we are setting up this team is to look at the different options.”

But veterans and campaigners are angry it does not explicitly propose an amnesty for former soldiers.

Ms Bradley’s department says such protection could not realistically be introduced without offering alleged terrorists similar terms, which would be unacceptable.

He cited the case of former Regimental Corporal Major Dennis Hutchings, 77, who was recently arrested and charged with attempted murder over a shooting in County Tyrone in 1974, despite being cleared of wrongdoing by the Ministry of Defence in that year.

He asked: “Can’t we give a letter of comfort to our soldiers?”

He is expected to tell MPs: “It’s morally wrong that those who served to keep us safe from terrorism should be threatened with possible imprisonment in respect of allegations made 30 or 40 years ago which have already been investigated, while some of the terrorists have been guaranteed immunity from prosecution through comfort letters.

“We need to stop hounding our own brave servicemen and women and stop it now.”