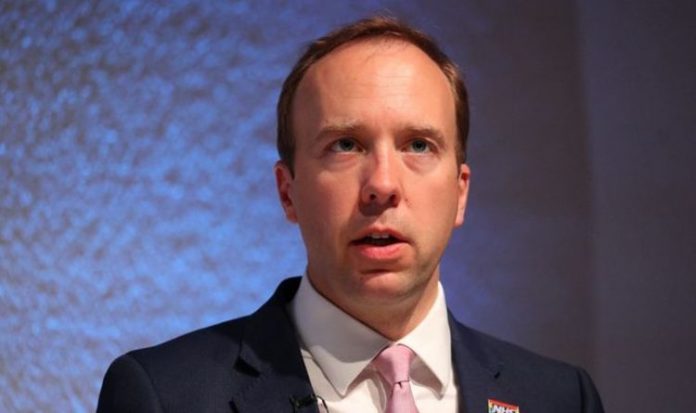 Public Health England (PHE) is to be scrapped by the Government and replaced with a new agency that will deal with protecting the public from pandemics and other external threats. PHE was created in 2013 – as part of an overhaul of the NHS in England under former health secretary Jeremy Hunt – with responsibilities including preparing and responding to health-related emergencies such as pandemics.

PHE will now be merged with the Government’s NHS Test and Trace system to form the National Institute for Health Protection (NIHP).

Several key elements of PHE’s work – such as tackling obesity, addiction and other prominent health problems – will be handed to councils, GPs and pharmacies.

It will also be opened up to private sector partnership, Matt Hancock has said.

Tory peer Baroness Dido Harding, currently in charge of Whitehall’s contact-tracing operation, will temporarily head the new body and lead the search for a permanent successor.

A No 10 spokesperson said: “We believe PHE have played an important role in our response to this pandemic and have worked on important issues such as detection, surveillance, contact tracing and testing, and we’ll continue to work closely with them.”

“We have always said we must learn the right lessons from the crisis and act to ensure government structures are fit to cope.

“But I would make the point that PHE have played an integral role in our response to this unprecedented pandemic, working on important issues such as detection, surveillance, contact tracing and testing.”

The move has been heavily criticised by healthcare professionals and opposition figures, with many saying the Government is trying to shift the blame for the UK’s shoddy coronavirus response.

“We have always been clear that we must learn the right lessons from this crisis to ensure that we are in the strongest possible position, both as we continue to deal with Covid-19 and to respond to any future public health threat.”

Public Health England is a body that exists to protect and improve the nation’s health and wellbeing, and reduce health inequalities.

It is an executive agency of the Department of Health and Social Care but has operational autonomy and its own chief executive, Duncan Selbie.

The body provides government, local government, the NHS, parliament, industry and the public with evidence-based professional, scientific expertise and support.

A merger of PHE with NHS Test and Trace will be announced – to form a new body called the National Institute for Health Protection.

It will be modelled on Germany’s Robert Koch Institute, which used an independent agency to take control of the country’s response to the pandemic.

The head of the Robert Koch Institute, Dr Lothar H. Weiler, has previously lauded the PHE in a report from 2017.

He said: “In less than five years, Public Health England has, under strong and visionary leadership, transformed a geographically and functionally siloed group of 129 bodies into a strong, capable, coordinated, united and efficient public health agency that rivals any in the world.”

Mr Hancock gave no date for the merger to be complete but said it would start today.

The new Institute will be “formalised and operating from spring 2021.”

The move has been heavily criticised by healthcare professionals and opposition figures, with many saying the Government is trying to shift the blame for the UK’s shoddy coronavirus response.

“It is unclear what problem government are hoping to solve by carving up PHE and redistributing its responsibilities.

“Undoubtedly, there are questions to be answered about England’s handling of the COVID-19 crisis, but the middle of a pandemic is not the time to dismantle England’s public health agency.”