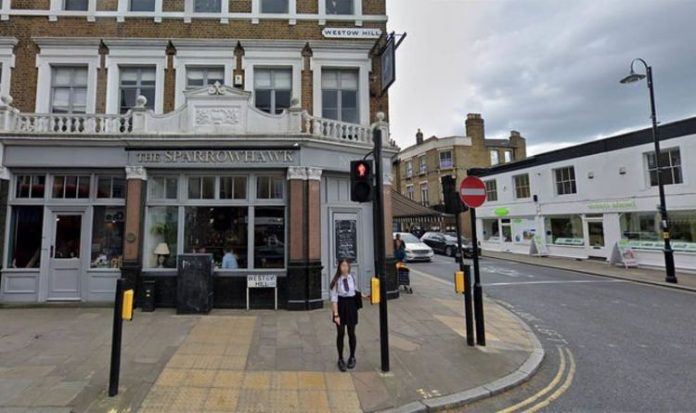 Ms Mason, who has run the pub for nearly 10 years, has called on the Chancellor to throw the beleaguered hospitality sector a lifeline when he sets out the Budget next Wednesday. She said: “The 12th of April for a garden opening is not great for us because our outside space is quite small. It’s going to be difficult and we’re worried about business rates coming back.

“There’s a lot of support that needs to go with this. We hope some financial support will follow because if we open with business rates going back up and rent going back up, and we only have our garden open, we’re not going to survive every long. It’s the reality. It’s getting pretty tough now.”

The pub owner warned business owners were more desperate without the usual boost from Christmas sales, which they could rely on last year when the nation plunged into lockdown.

Ms Mason said: “We haven’t had all that Christmas trading. That’s our key trading period. This time last year when we went into [the pandemic], we’d had that December of trading so it just means there’s a lot less money to stay afloat.”

The hospitality sector has been battered during the pandemic, with a number of tough restrictions placed on restaurants, pubs and cafes throughout.

Hundreds of thousands of people have been placed on the furlough scheme or lost their jobs since March.

More jobs could be at risk as small breweries and pubs are “destined to fail” without support, according to the Society of Independent Brewers.

Speaking after the Prime Minister unveiled his roadmap out of lockdown James Calder, of (SIBA), said: “Many small breweries and community pubs are now destined to fail, just as the vaccination programme should be providing hope and optimism.

“These businesses face an agonising 10 days, given they will only survive if the Chancellor announces significant and immediate financial support next week.”

Monday’s announcement on the reopening of hospitality businesses has prompted excitement among some about the possibility of returning to their favourite venues.

On social media, people already planning their nights out – first outdoors on April 12, then indoors on May 17.

I can appreciate that plenty of people will be excited about the prospect of a meal or a drink out with their friends again, but the Government’s reopening plan has not been met with such joy across the hospitality sector itself.

For those of us working within hospitality, the reopening plan contains a number of worrying elements.

The dates given yesterday are effectively provisional ones. Businesses will be permitted to reopen on April 12 and May 17 at the earliest.

Anyone who has rushed to book a table should be aware that reopening dates could still be pushed back again.

Even if they do not, outdoor-only opening just isn’t going to be viable for many businesses.

Lots of businesses either don’t have an outdoor area or don’t have one large enough for it to provide enough revenue to break even.

Already we are seeing companies say they won’t open up their venues in April.

Hospitality is effectively going to be trading at unsustainable levels until 21st June at the very earliest.

It means the Government’s plan to get hospitality open again is nowhere near as eye-catching as many believe.

Businesses are going to go under and jobs will be lost between now and June if we don’t get a pretty significant package of financial support.

You cannot tie both arms behind the back of a business, cut off one of its legs and expect it to flourish.

If the Government, and the people eagerly booking tables for April and May, expect those venues to still be alive, then a generous compensation package that goes beyond what was offered in January must be forthcoming.

Businesses also desperately need action to tackle the problem of rent debt that has built up for a year and threatens to derail the future of the sector.

An extension of the rent moratorium, with loan repayments and HMRC debt delayed in order to give businesses some breathing room is a must.

If we do not get these, then businesses are going to struggle and some will fail. Your pencilled-in plans for drinks with friends in ten weeks’ time might not be as secure as you think.

• Kate Nicholls is the chief executive of UK Hospitality