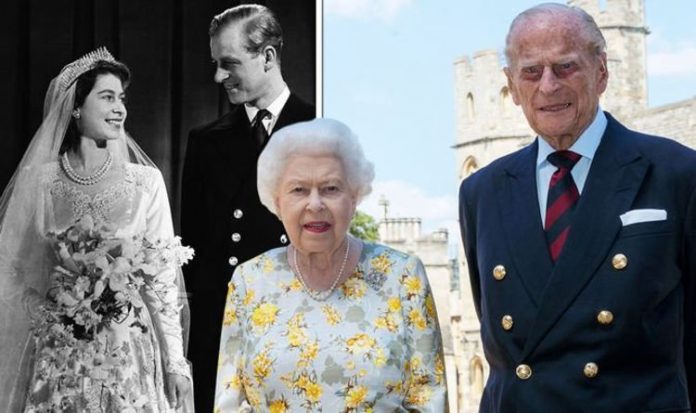 The monarch and her husband of 73 years usually spend much of the calendar year living apart. The Duke of Edinburgh, 99, retired from public life in 2017 and has since divided his time between Wood Farm cottage in Sandringham and Windsor Castle.

Her Majesty on the other hand uses Buckingham Palace as her main home while also spending time throughout the year at several of her other residences.

But the royals’ living arrangements, like many fellow Britons, were this year thrown up into the air by the COVID-19 pandemic.

The Queen, 94, and Philip spend the duration of the first national lockdown in Windsor Castle before heading to Balmoral Castle in Scotland for their annual summer holiday.

The couple have continued to live together in Windsor during the second national lockdown.

Royal commentator Katie Nicholl said the Queen and her husband have “really enjoyed” the extra time together.

She explained: “While some couples may have found that intensity of being together stretching or testing, they clearly got on very well… they really enjoyed that time together.”

Since the beginning of the pandemic the Queen has been forced to cancel a string of royal engagements and annual events.

Trooping the Colour, scheduled for June, was called off as was Princess Beatrice’s wedding in May.

Last week the pair released an adorable photo of them reading an anniversary card from their greatgrandchildren.

In the official snap released by the palace, the Queen can be seen looking on as Philip beams with the handmade card in his hand.

Kate and Prince William shared a picture of their tots’ artwork on Twitter with an anniversary message for the Queen and the duke.

They wrote: “Wishing a very happy wedding anniversary to Her Majesty The Queen and His Royal Highness The Duke of Edinburgh!”

One event the Queen is not on track to cancel this year is her annual trip to Sandringham for Christmas.

The monarch usually surrounds herself with close family members for a Christmas morning church service and festivities.

While she has been forced to call-off heading to church, she is expected to celebrate Christmas at her Norfolk residence with Philip.

However, the celebrations will likely be very low-key due to the pandemic.