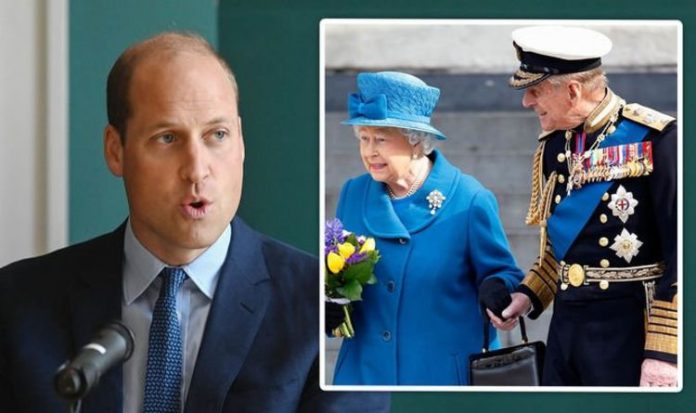 The Queen and Prince Philip handed over to their grandson the role of royal patron of two organisations very close to their hearts. Prince William was officially put at the helm of the Fauna & Flora International (FFI) and the British Trust for Ornithology (BTO) today, as announced by Buckingham Palace.

With this decision, the Queen and Prince Philip acknowledged Prince William’s work focused conservation, recently boosted by his latest initiative, the Eartshot Prize.

The palace said in a statement: “Today The Duke of Cambridge has become Patron of two wildlife conservation charities, handed to His Royal Highness by The Queen and The Duke of Edinburgh.

“The new patronages, Fauna & Flora International (FFI) and the British Trust for Ornithology (BTO), align with The Duke of Cambridge’s longstanding work around conservation and support for communities protecting their natural environment for future generations.”

Both elderly royals are close to these organisations.

This organisation, which operates in 40 countries, protects threatened species and ecosystems, choosing solutions that are sustainable, based on sound science and that enhance human well-being.

Similarly, the Duke of Edinburgh has represented as royal patron the BTO for three decades.

READ MORE: Queen health: The role Queen could be asked to play in COVID-19

This charity empowers communities to protect local bird species and their natural habitat.