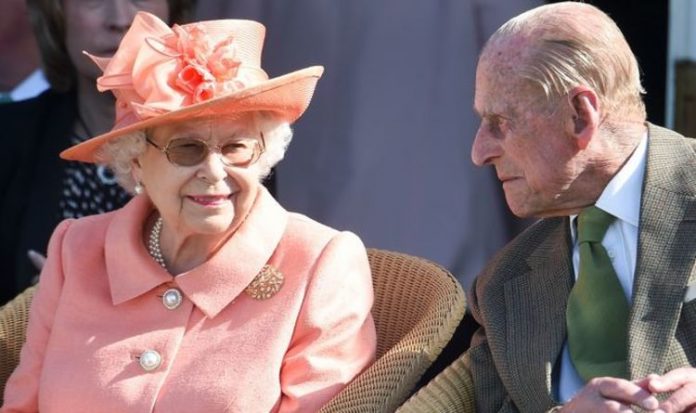 Prince Philip “collapsed” on the floor in front of the Queen after a “vigorous jog”, according to a royal biographer. The Duke of Edinburgh reportedly takes a “completely different viewpoint” to the monarch on exercise. Bryan Kozlowski, author of ‘Long Live the Queen: 23 Rules for Living from Britain’s Longest-Reigning Monarch’ spoke to the Royally Obsessed podcast about the Queen’s wellness habits.

He told listeners: “Sensible exercise is fine for the Queen, she’s never pushed her body to a sweaty, agonising threshold.

“Prince Philip has a completely different viewpoint on this, he does see exercise much more rigorously.

“There’s this one interesting story about the both of them.

“He came back really sweaty from a vigorous jog.”

Mr Kozlowski continued: “He would just, like, layer on the sweaters so he could sweat as much.

“He was collapsing on the floor in front of her.

“She just looked at him and chuckled, and thought he was just the craziest person.

“You read any biography about the Queen, and a word that comes up, again and again, is that she only does what has been called ‘sensible exercise’.”

The Duke also has a secret to long life, according to biographer Phil Dampier who told ITV: “Prince Philip’s very much into having a daily routine.

“Every morning, even now at his age, he still does his daily Canadian Airforce exercises, which have kept him very fit.

“There’s not an ounce of fat on him, he’s got the same figure from 50 years ago.

“He gave up smoking on the eve of his wedding to the Queen, doesn’t drink very much, eats extremely well.

“Eat little and often is the philosophy of both of them and that’s how they keep fit.”