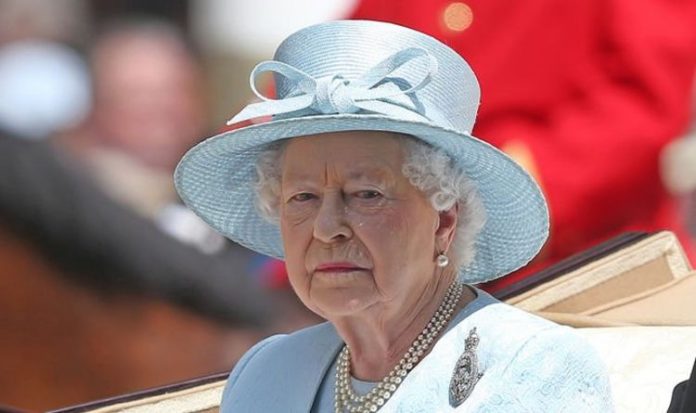 The Queen, 94, carried out her first engagement outside of a royal residence in seven months, since before the coronavirus pandemic gripped the nation. She was joined by her grandson Prince William at the Defence Science and Technology Laboratory (Dstl) at Porton Down near Salisbury on Thursday to meet scientists providing vital support in the UK’s response to the Covid-19 outbreak. But after being photographed not wearing a mask, royal commentator Benjamin Butterworth accused her of “letting Britain down.”

Speaking to talkRADIO, Mr Butterworth said: “The Queen let Britain down when she failed to wear a mask.”

Presenter Dan Wootton interjected: “How dare you, Benjamin! She is 94 years old. She may have a reason. Do you know about her health issues?

“I don’t but she could be exempt.”

Mr Butterworth continued: “What we know is she is at more risk and the people around her are at more risk when they don’t wear masks.”

Following the backlash, Buckingham Palace was forced to issue a statement clarifying the Queen had followed the advice of her doctors and safety measures had been put in place.

Heightened safety precautions were taken ahead of the visit including all 48 people who were due to come into close contact with the monarch and William were tested for Covid-19.

The Queen and William followed social distancing rules and remained two metres apart. The event was also outside.

However, Mr Butterworth said: “The truth is what we know is some of the tests aren’t completely accurate.

“If anyone of those people had an incorrect negative test that puts her at serious risk.”

Mr Wootton accused him of just wanting to criticise the Queen as Mr Butterworth said: “I’m sure Meghan Markle would wear a mask. She’s been photographed wearing one.”

She spent lockdown at the Berkshire residence for her safety, but has been busy behind closed doors, carrying out telephone audiences, video calls and dealing with her red boxes of official papers.

The Queen, whose eldest son the Prince of Wales contracted a mild form of coronavirus, delivered two rare televised addresses to the nation just weeks apart during the first wave of the Covid-19 pandemic.

She reassured the country that the virus would be overcome, telling those in isolation: “We will meet again.”

In another speech to mark the 75th anniversary of VE Day, she told how the message at the end of the war in Europe was “never give up, never despair”.