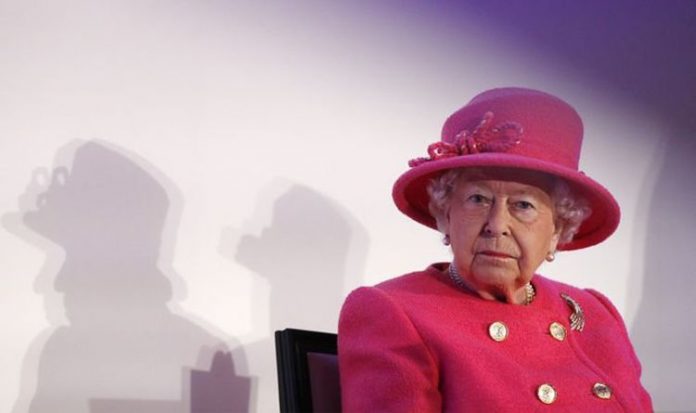 The monarchy is in the midst of one of its most challenging periods, shown by the decision of Prince Harry and Meghan Markle to leave behind royal duties earlier this year. They have been in the headlines more recently after being accused of interfering in the US election. In a video message, the Duke and Duchess of Sussex both called on American voters to “reject hate speech, misinformation and online negativity” in “the most important election of our life”. While not naming the US President, some have claimed this is alluding to Donald Trump.

The intervention sparked anger among the public, with many claiming it broke royal protocol of members of the Windsor family not commenting on politics.

In an interview with the Evening Standard today, Prince Harry accepted the view he and Meghan gave “may seem controversial”.

They also called for the end of structural racism, as the Duke of Sussex spoke candidly about his “awakening” to the inequality faced by BAME people in the UK ,and around the world.

It comes as the latest media storm surrounding the pair, who chose to pursue a more independent lifestyle after their announcement in January.

Harry and Meghan revealed they would do this while continuing to fully support Her Majesty, the Queen.

They also said they planned to balance their time between the UK and North America while “continuing to honour our duty to the Queen, the Commonwealth, and our patronages.

“This geographic balance will enable us to raise our son with an appreciation for the royal tradition into which he was born, while also providing our family with the space to focus on the next chapter, including the launch of our new charitable entity.”

This sparked a rift in the Royal Family, as Buckingham Palace released a statement saying that it was “disappointed”.

The move sparked debate in the UK, with many supportive of the couple’s decision.

However, the Sussexes also faced criticism from others as the Queen’s feelings about the decision were reported on.

READ MORE: Prince Charles blunt response on how he would rule as king

“Although we would have preferred them to remain full-time working Members of the Royal Family, we respect and understand their wish to live a more independent life as a family remaining a valued part of my family.”

Another source told Vanity Fair in February: “The Queen has been keen to get this resolved because she sees it damaging to the monarchy and on a personal level I think this has been rather hurtful for her.

“She has got to the point where she doesn’t want to think about it anymore, she just wants it over and done with.”