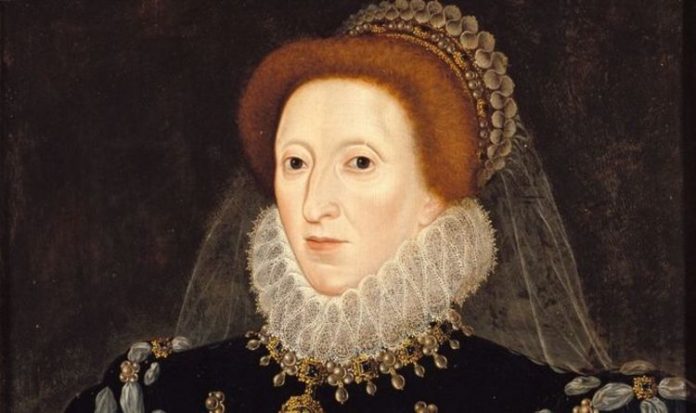 Queen Elizabeth I was the daughter of King Henry VIII and his second wife, Anne Boleyn. She reigned from 1558 until her death in 1603.

History Extra noted that Queen Elizabeth I “bathed once a month, ‘whether she needed it or not’”.

Although Queen Elizabeth I was known not to like bathing, other monarchs also shared her dislike for one strange reason.

The Queen’s successor, James I, was reportedly not a fan of baths.

France’s Louis XIV is said to have only taken three baths in his entire life, according to History.com.

History Extra wrote: “A court lady once complained that she and her friends got ‘lousy [infested with lice] by sitting in a councillor’s chamber that James frequented’.

“The king didn’t even wash his hands before eating.

“At the dinner table, he “only rubbed his fingers’ ends slightly with the wet end of a napkin.”

“His lover, the Duke of Buckingham, wrote in one letter to the king: ‘So, craving your blessing, I kiss your dirty hands’.”

READ MORE: Royal shock: What did the secret manuscript from Queen Elizabeth say?

The maid must make sure the water is just the perfect temperature for the Queen.

She also has to check the bath is filled to the appropriate level, according to Mr Hoey.

He wrote in the Daily Mail: “Her maid will go into the adjoining bathroom to draw the bath, which has to be exactly the right temperature: tested with a wooden-cased thermometer, and no more than seven inches of water.”

He added that while the Queen is taking her bath “one of her three dressers” lays out her clothes for the day.

Mr Hoey also said that the Queen has her bath at 8am in the morning.

Prince Charles also likes to have his baths in a specific way, according to royal insiders.

Paul Burrell, a former royal butler, said that when some things are not done perfectly for the future king he will “scold” his staff.

During the documentary Serving the Royals: Inside the Firm, Mr Burrell said: “His underwear is folded in a certain way and his bath towel has to be placed in a certain fashion.

“When it comes to bathing the bathplug has to be in a certain position, the water temperature has to be just tepid, and only half full.”