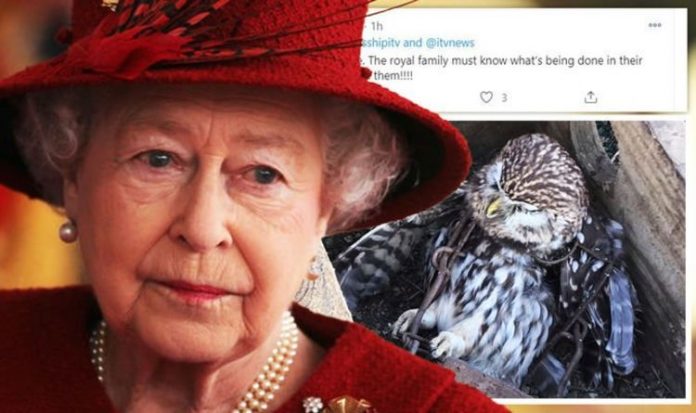 Upset royal fans reacted to a photo of the dead owl shared on Twitter with many condemning the reported use of Fenn traps.

One person tweeted: “Absolute disgrace. The royal family must know what’s being done in their grounds. Shame on them!!!!”

Another raged: “Disgrace. Set of disgraces.”

A third put: “Traps of any kind are barbaric and should be outlawed.

“The fact Sandringham is still using them is disgusting.”

Commenting on the incident a Buckingham Palace spokesman said: “As a working Estate, Sandringham adheres to all the appropriate standards and regulations required.”

Sandringham House is traditionally where the Queen and Prince Philip spend Christmas but this year they will remain at Windsor Castle instead.

Usually, the Royal Family descend on Sandringham from Christmas Eve until Boxing Day when they all step out for a pheasant shoot in the home’s grounds.