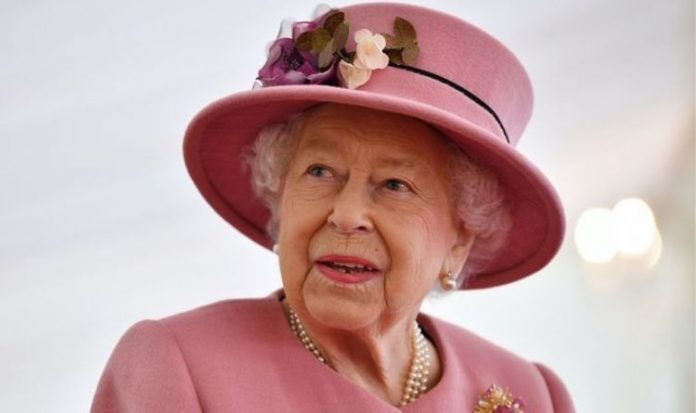 Queen Elizabeth II returned to work and spent October away from the Duke of Edinburgh. But on Thursday Her Majesty reportedly travelled to Wood Farm, a week before England is set to go into a second lockdown.

The Queen is understood to be returning to Windsor early next week.

On Saturday, Prime Minister Boris Johnson announced that England will be placed into another lockdown following the surge in coronavirus cases and deaths.

The four-week shutdown is set to start on Thursday November 5.

He left the farmhouse in March to join the Queen at Windsor Castle.

The royal couple spent four months at Windsor with a special household which has been labelled the “HMS Bubble”.

Before staff can look after the couple, they must self-isolate for two weeks to reduce the risk of the royals catching the virus.

In August, the Queen and Prince Philip spent a summer holiday at Balmoral in Scotland.

However, her only royal visit has been an engagement at the Porton Down military research laboratory near Salisbury.

This month, the Queen and Prince Philip will celebrate their 73rd wedding anniversary.

Her Majesty is also looking for a neighbour to rent Filtcham Hall on the Norfolk estate.

The residence is a six-bedroom manor house located on the Queen’s 20,000-acre estate and less than two miles from Sandringham House.

The house will be available from next spring for £3,750 a month.

Tenants who rent the property are allowed dogs but not cats.

The ban is believed to have been enforced following previous cats who killed game birds on the estate that were reared for Royal Family shooting.

It said: “Flitcham Hall is the ultimate private country house set off the beaten track.

“Please be aware we have a strict no cats policy. Dogs will be considered.”