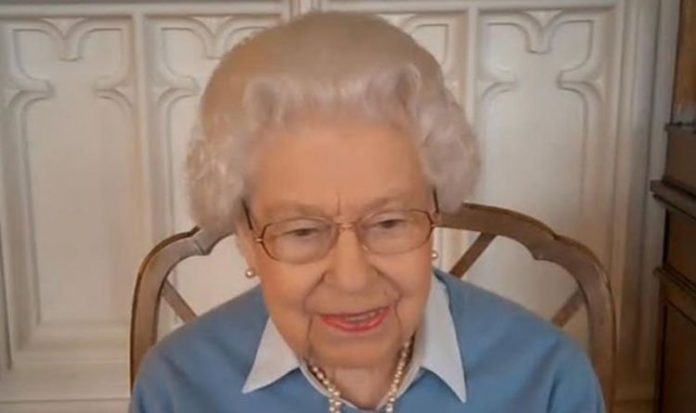 The Queen ordered her staff at Sandringham Estate “to keep to the other side of the house” in an extraordinary measure during her showdown with Prince Harry over the Megxit agreement. The showdown, which took place on January 13 last year, saw the Queen “banish” her household staff to avoid leaks to the press. Channel 5’s Royal documentary ‘Secrets of the Royal Palaces’ saw royal commentator Emily Andrews reflect on the fateful day.

“Only a handful of key lieutenants were allowed inside the room.”

Ms Andrews, the Royal Editor for The Mail on Sunday, added: “They all had their private secretaries with them, which are their right-hand men and women.

“Harry actually had two private secretaries with him.”

Ms Andrews explained: “The Queen instructed all of her staff to keep to the other side of the house.

“They wanted to keep it as private as possible, they didn’t want anything being leaked to the press.”

In the lead-up to the meeting, Ms Andrews said that the royals were in crisis.

Royal expert Jennie Bond claimed the Queen approached this issue as a grandmother first and as a Queen second.

Prince Harry plans to visit Britain in the summer for Trooping the Colour and Prince Philip’s 100th birthday if coronavirus restrictions allow despite the fallout.

The Queen celebrates her 95th birthday in April and this will be officially celebrated with Trooping the Colour in June.

Meghan Markle may not be accompanying her husband during this visit which has resulted in warnings that this will be viewed as a snub to the Royal Family.