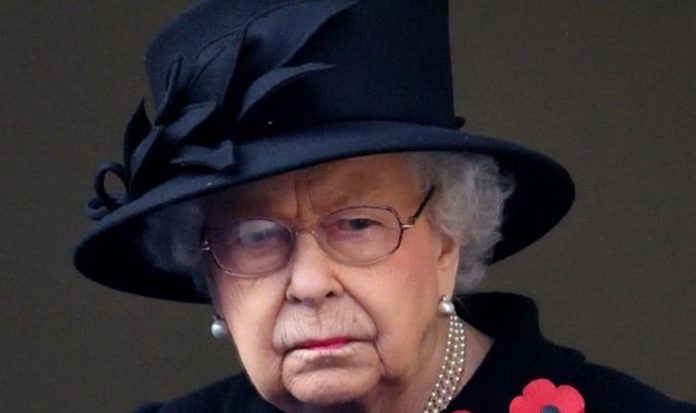 The Queen is known to be very strict in ensuring her family follows the cardinal diktats of royal tradition to a tee. In addition to rules on how to dress and behave, Her Majesty is also rumoured to have banned at least eight words from the vocabulary of the Royal Family. Italian commentator Marina Viro told La Vita in Diretta: “At the royal court, you don’t mess around with words and if you do use the wrong one, it’s a big risk.

“For example, one could be marked as not up to the role, even if your name is Kate Middleton and to everyone you are already a queen.

“The spotlight of public opinion usually planted like radar on the most famous royal house in the world this time focuses on the eight words never to be pronounced at court.

“Woe to talk about couch – the royal settee is called a sofa – and living room. The royal room is called the sitting room, and the courtyard is simply called the terrace.”

Ms Viro continued: “In short, these words would be too banal, not very chic, unpronounceable at court.

“Posh is another banned word, and while its translation is elegant or chic, for English royalty it is not at all.

“Perfume is middle-class lexicon, like the too shortened dad. Speaking of smells, it’s better to talk about scent, the aristocratic fragrance.

“As for father, he should always be called without diminutives like a daddy.”

The royal commentator added: “And just so as not to be the same as others, even when mother nature has made us identical from the point of view of needs, those who go to the bathroom at court do not use the toilet, but the lavatory.

Former palace chef John Higgins said: “The Queen is a wonderful lady, the Royal Family are wonderful people but they’re missing out on garlic because at Buckingham Palace you don’t cook with garlic.”

Asked about the reasons for the ban, Mr Higgins said: “I suppose in case you get the royal burp.”

Her Majesty is also reported not to like particularly starchy foods like pasta and potatoes, and to ask for the crust to be cut off from her break.

Royal chef Owen Hodgson told The Telegraph: “A chef told me off for serving the sandwiches with crusts.”