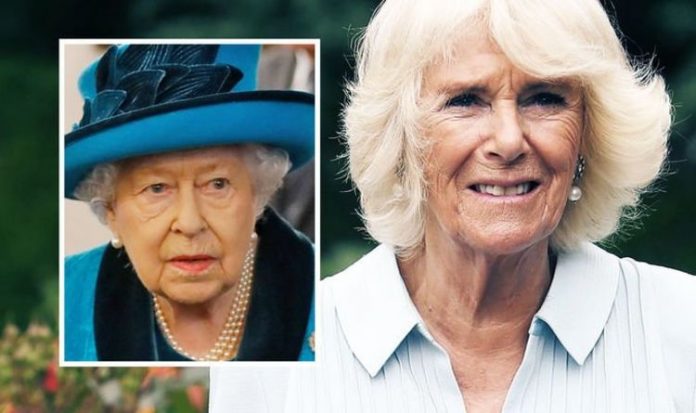 The Queen was not accepting of Prince Charles’ relationship with Camilla, the Duchess of Cornwall at the beginning due to the controversy it sparked. The pair rekindled their romance in the mid-1990s as Charles’ turbulent marriage to Princess Diana came to an end. Royal expert Katie Nicholls revealed that the Queen would not allow Camilla’s name to be spoken around her.

Speaking on Channel 5 documentary ‘The Royals at War’, Ms Nicholls said: “The Queen did everything she possibly could not to have Camilla’s name mentioned in her presence.

“And if the Queen was to refer to Camilla, I don’t even think it was by name.”

Royal expert Penny Junor added: “Camilla’s reputation at that time had gone through the floor.

“She was seen as a marriage-wrecker.

“She was perceived as the one who had broken up the royal marriage between Charles and Diana.”

The Queen’s former press secretary, Dickie Arbiter, noted: “The Queen is the supreme governor of the Church of England.

“She believes in the sanctity of marriage and is very disappointed when any marriage goes down the tubes.

“She just didn’t want to see it happen on another marriage where her son was involved.

“The messaging around it in the newsroom was, how is this going to play out and how each newspaper was going to report on the fact they were there together.

“Many years have passed now, she is only going to be Princess Consort. She’s not going to be Queen as was discussed when she married Charles.

“There was always the directive that she would be Princess Consort. “There must have been some bubbling over recently about the fact the Queen’s getting older and when Charles takes the throne, what will Camilla be called?

“Apparently she has no desire to be anything more than Princess Consort.”