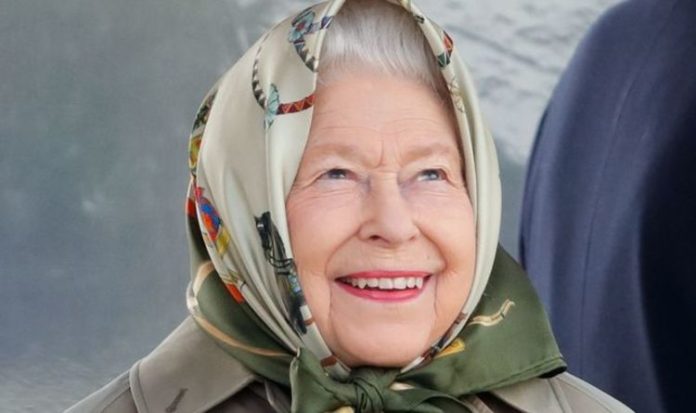 Queen Elizabeth II has now put her personal vanity mirror on public display at her and Prince Philip’s Balmoral Castle in Scotland. It is thought to have been acquired by the Royal Family in 1856, when Queen Victoria and her husband Prince Albert moved into the Scottish residence after it had been built.

The item has a gold design with two mirrored wings.

It has been used by a long list of royals including Edward VII and Queen Alexandra, George V and Queen Mary, and the Queen’s parents, George VI and Queen Elizabeth, the Queen Mother.

When Her Majesty took ownership of Balmoral Castle, she kept the mirror on a dressing table in a private apartment at the property.

This will be the first time the item has been shown to the public for display.

The mirror will be accompanied by several other heirlooms showcased at the Scottish home.

The “Balmoral crib” will be on display with a quilted pink cot, wooden frame and red satin curtain.

The crib was first used by Queen Victoria who went on to replicate the design for her home in the Isle of Wight.

The Royal Family’s dessert China will also be showcased in Scotland which dates back to 1840.

This year, tours of the castle have opened up earlier as the Queen left Scotland to spend time at Sandringham in Norfolk.

The Queen and Prince Philip spent six weeks isolating at the Scottish residence.

They hosted members of the Royal Family during their time at the estate.

Among their visitors were the Duke and Duchess of Cambridge and their three children, Prince George, Princess Charlotte and Prince Louis.

The Earl and Countess of Wessex and their children, Lady Louise Windsor and James, Viscount Severn, Princess Eugenie and her husband Jack Brooksbank, also visited Her Majesty in Scotland.

The Queen and Prince Philip were set to spend two weeks on the Sandringham estate before returning to Windsor Castle.

A Buckingham Palace spokesman confirmed that the Queen and Prince Philip wanted to move from Balmoral “to spend time privately on the Sandringham estate”.

The spokesman added: “Subject to the finalisation of the autumn programme, Her Majesty’s intention is to return to Windsor Castle in October and to resume the use of Buckingham Palace for selected audiences and engagements.

At the start of the coronavirus outbreak, the Queen and Prince Philip moved to Windsor Castle to isolate.