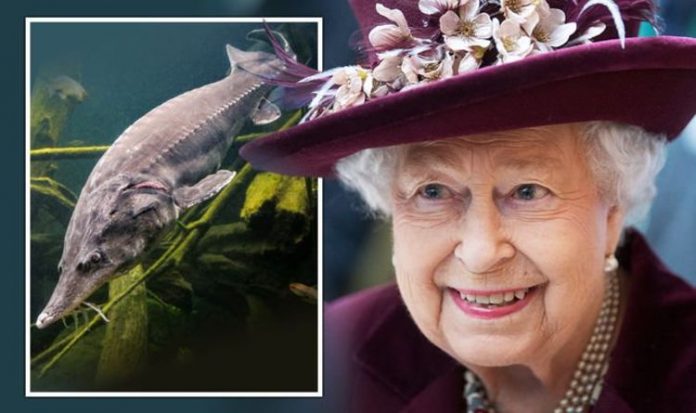 Under UK law, Queen Elizabeth II, 94, owns and should be presented any whales and sturgeon fish caught in British waters. According to William Blackstone’s Commentaries on the Laws of England, the “superior excellence” of these ‘royal fish’ made them uniquely suited for the monarch’s use.

European sturgeon can grow to 20 feet in length and live for more than 100 years and now a proposal to protect it could see the endangered species make a comeback in the UK.

The UK Sturgeon Alliance is a coalition of campaigning groups seeking to restore Britain’s sturgeon population.

Research by the group has found at least nine records of large sturgeon being caught between 1852 and 1977 on Dogger Bank, in the heart of the North Sea.

According to the campaigners, banning trawling on Dogger Bank, a marine protected area that has little protection from fishing, could help the Sturgeon population return.

However, the Royal Family website states that the crown “exercises her ownership” only “on certain stretches of the Thames and its surrounding tributaries”.

An event called “Swan Upping” takes places every year in which swans in the River Thames are caught, ringed, and set free again as part of a census of the swan population.

As well as having a legal right to several species the Queen keeps and breeds animals of her own.

The Queen is known for her beloved dorgi dogs and is also one of the biggest racehorse owners and breeders in Britain.