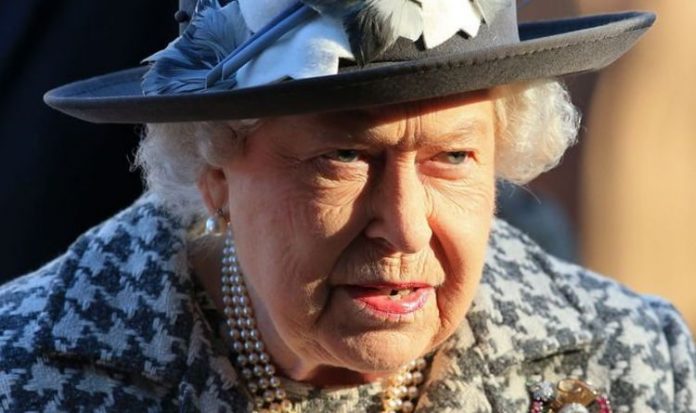 Prince Harry is eager to hold onto his military titles even after leaving his role of a senior working royal. Earlier this week, Vanity Fair correspondent Katie Nicholl suggested that the Queen was still yet to confirm whether Prince Harry should keep his military title. However, Us Weekly Correspondent and co-host of Royally Us, Christina Garibaldi, suggested that the Queen will rule against her grandson’s wishes.

Speaking on Royally Us, Ms Garibaldi discussed why Prince Harry would want to keep ties to the royal family a year after he announced he was stepping back from his duties.

She explained: “A lot of this has to do with Harry still maintaining his military titles which is really important to him, and that is something that they want to work out.

“But if you leave the royal family, you probably cannnot have it all.”

Co-host Molly Mulshine added: “I think there will also come a day when Harry and Meghan are no longer the ‘it couple’ of the moment and they will want a quieter life within the royal fold.

“That might be why they want to keep that door open.”

This comes amid claims that Prince Harry and Meghan Markle’s anticipated 12-month review following their split from the royal family last year has been cancelled.

However, she added that royal aides were still “closely monitoring” the commercial deals that the Sussexes were making .

While living in California, Harry and Meghan have signed huge lucrative deals – thought to be worth over £130 million – with Spotify and Netflix.

He said: “The whole thing has just been incredibly painful, that is obvious to everyone.

“It is painful all-round, painful for everyone, difficult to manage.

“Effectively they have just decided to completely leave the Royal Family, that has never been done.

“There are still a lot of hurt feelings on all sides and it’s very difficult.”