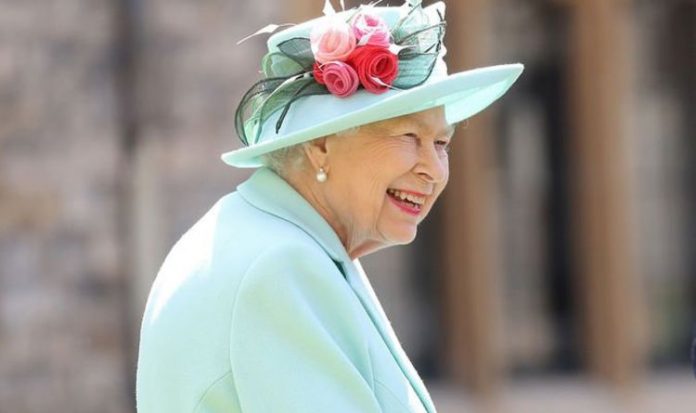 Darren McGrady, the Queen’s former chef, released a Youtube video detailing how she would refused to eat bananas by hand. Mr McGrady also detailed the Queen’s love of fruit over deserts and puddings, and spoke of the elegant presentation required to serve the monarch. The former chef has spoken before about the unique menu choices of the Royal Family, and now runs a restaurant in the US.

Mr McGrady revealed the Queen uses a knife and fork to eat a banana.

He said of the preference: “It was impolite to eat a banana like a monkey at Buckingham Palace.”

The former chef referenced the high standards of etiquette at the Palace, and added: “You’re supposed to eat it with a fruit knife and fork.”

Mr McGrady also said the bananas needed to be similar in size and blemish-free before serving.

READ MORE: Queen Elizabeth II: The bizarre demands from Queen – and why her menu is written in French

The Queen also has unique ways of eating other fruits, such as grapes and apples.

Apples would see their stems removed and were polished before serving to the monarch.

She and her guests would then cut the apples into bite-sized piece, again with a fruit knife and fork.

Mr McGrady also said grapes were “cut into little bunches so you could just help yourself to one or two” at royal dinners.

All fruits were to be set onto a platter and decorated with leaves from Windsor Castle, according to the former chef.

He said: “The leaves that we used to decorate the dishes all came from Windsor Castle and they had to be polished by hand, every one, and then cut the perfect size so that they looked and complemented all the fruit on the table.

“We always served to the queen whatever was in season. It’s what she liked best.”

Mr McGrady has previously revealed other strange dietary habits and menu choices from the royals, including the Queen’s disdain for fast food.

The only fast food the Queen eats is burgers, but she is insistent they should come without a bun.

The former chef spoke to Insider magazine about the request, and said: “It always tickled me at Balmoral, we would make our own burgers.

“There’d be gorgeous cranberry and everything stuffed into them, but we never set buns out.”