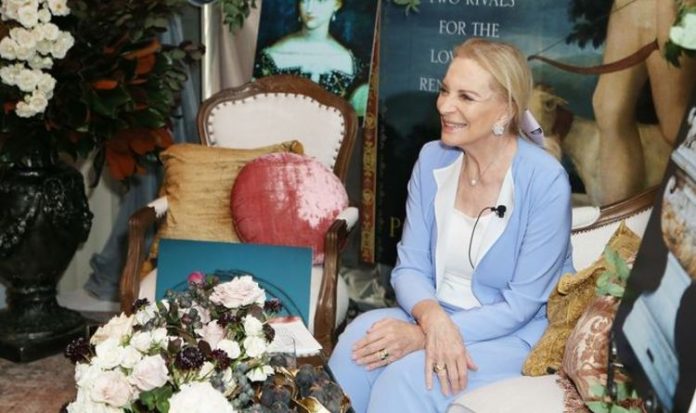 The 75-year-old wife of the Queen’s paternal cousin, Prince Michael, fell ill three weeks ago. Her symptoms included extreme fatigue and fevers, but spokesman Simon Astaire has revealed she is now “on the mend”.

The princess is said to have been more susceptible to the disease because she had bad lungs as a child.

She remained at home throughout and did not require oxygen.

Mr Astaire told the Press Association: “The princess on the mend.

“She got it three weeks ago but she’s getting better.

“Prince Michael did not test positive.”

Princess Michael’s housekeeper developed mild symptoms and went into isolation but has since recovered.

Prince Michael, 76, tested negative for the disease. He was also isolated for 14 days.

He is the younger brother of Prince Edward, Duke of Kent and paternal cousin of the Queen.

She was then given the title Princess Michael of Kent.

They have two children together, Lady Gabriella Windsor and Lord Frederick Windsor.

Prince Michael of Kent and his family are not working royals but occasionally attend royal celebrations.

Princess Michael made headlines in 2017 when she wore a brooch critics deemed “racist” to a Christmas meal at Buckingham Palace.

She later apologised, saying she was “very sorry and distressed that it has caused offence”.