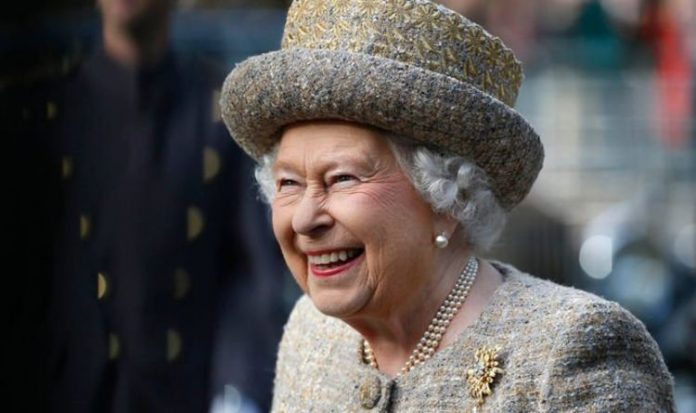 Queen Elizabeth II, 94, has appointed a new Lord Chamberlain one week after it was revealed her current top aide Lord Peel had delayed his retirement from the role by several months due to the coronavirus pandemic. The most senior position in the royal household is due to be filled by former MI5 chief Andrew Parker, Baron Parker of Minsmere, 59, who will take over from Lord Peel on April 1.

Daily Express royal correspondent Richard Palmer tweeted on Friday: “The Queen has appointed the former director-general of MI5, Andrew Parker, Baron Parker of Minsmere, as Lord Chamberlain to succeed Lord Peel, who will retire on March 31.

What is Lord Chamberlain?

Their job is to supervise the departments which support and provide advice to the Queen while also acting as the main channel of communication between her and the House of Lords.

The office organises all ceremonial activity including garden parties, state visits, royal weddings, and the State Opening of Parliament.

Next year the Queen will celebrate her Platinum Jubilee as she marks an extraordinary 70 years on the throne.

The new Lord Chamberlain will be tasked with overseeing plans for the nationwide celebrations which will take place next spring.

Asked his views on Lord Parker of Minsmere’s appointment, one royal expert claimed he was an “excellent” choice for the job.

Royal commentator Richard Fitzwilliams told Express.co.uk: “The Queen’s choice of the former head of M15, Lord Parker of Minsmere, as Lord Chamberlain seems an excellent choice as the conduit between the Queen and the House of Lords and an organiser of ceremonial royal events.

“He is, after all the ultimate insider and will invaluable in this important non-executive but extremely important post.

“The current incumbent Lord Peel oversaw the Queen’s Diamond Jubilee Celebrations, the introduction of the Sovereign Grant and the arrangements for the refurbishment of Buckingham Palace.

“He delayed his retirement which was originally planned for last year.”