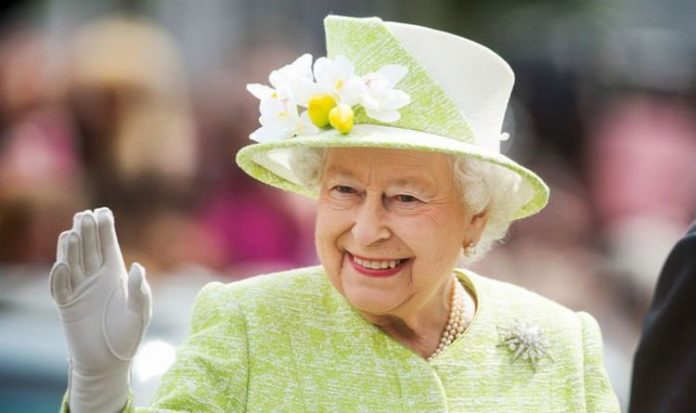 Until the very last minute, the Palace insisted that whether the Queen had been vaccinated was a private matter, as it was medical information. However, both the Queen and Duke of Edinburgh decided to share their private medical information in the end in what became a “powerful message that the vaccine is safe”. A royal expert explained that this is a “big deal” and will be a blow to the anti-vax movement.

After the news about the Queen’s vaccine came out earlier this month, Mr Myers said: “Big news!

“Because up until last week the Palace was still saying ‘This is a private matter, the Queen would not be making this private medical information public’ and they were very staunch in their views to anyone who was asking.

“Now, there were a couple of reports saying that the Queen had decided to make it public when she’d had the vaccine, still the Palace was saying this was mere speculation, yet on Saturday we were given a heads up to say, ‘There is going to be a big announcement’ and this was it.

Prince Philip, 99, also let it be known he had the vaccine (Image: GETTY)

“It is a big deal because the Queen is obviously sharing this private medical information, as is Prince Philip.

“And I think it sends a really really powerful message to the country that the vaccine is safe, a massive message to the anti-vax movement to say the Queen has had this vaccination and to get on board.”

However, Her Majesty will not be revealing when she has her second dose, because she does not want the public to know which vaccine she had.

There are two currently being used in the UK ‒ the Pfizer Biotech one and the Oxford AstraZeneca one, the latter of which was developed in the UK.

Nearly 7 million people have had their first dose of a coronavirus vaccine in the UK (Image: GETTY)

The Oxford vaccine had only just been approved when the Queen was vaccinated and there was speculation that she had waited for it to come out before getting her jab.

Mr Myers said: “The Queen is not going to let it be known when she has her second dose and the reason for this is because obviously there are two vaccines out there.

“And there was a lot of talk about whether the Queen had waited for the British one, which maybe she did.

The Queen revealed Charles and Anne had the polio vaccine in 1957 (Image: GETTY)

“And the Palace was saying they didn’t want to get into it and the reason she is not going to discuss when she’s had her second vaccine is to squash that speculation as to what vaccine she’s had.

“Because they don’t want Mrs Miggins from Birmingham going in and saying ‘Well, I want the one that the Queen had’ because that would be very, very problematic indeed.”

Ms Gripper commented that she has been watching a Channel 4 programme ‘The Great’ about Catherine the Great of Russia, and learned that she was instrumental in promoting vaccines in the Eighteenth century.

She and her children were vaccinated at a time when it would have been a very new scientific development.

Mr Myers added that the Queen herself has promoted vaccines before.

In 1957, amid widespread public anxiety about the side effects of the polio vaccine, she let it be known that Prince Charles, eight, and Princess Anne, six, had been vaccinated.

What’s more, Charles has said he will be having the coronavirus vaccine too, although he joked about being way down the priority list.

Mr Myers concluded: “I think the message is a strong message of hope from the Queen, she’s putting her information out there and to say ‘get on board with the vaccination programme because this is the only way out of this crisis’.

He added: “I think it’s a good thing, we need to have hope that we are going to get out of this mess and it’s really good that the Queen has done this.”

Ms Gripper agreed that it was good, and questioned whether it was always the plan to announce this or whether it was a response to the amount of scepticism and anti-vax sentiment that pushed her over the edge.

She said: “I do think it’s a really good thing and I wonder whether it had always been the plan and they just didn’t say it was the plan so that people weren’t asking them every day, ‘Has she had the vaccine yet?’ or whether it was because, actually, seeing the way people have responded to it and the amount of anti-vax and ‘coronavirus isn’t real, I don’t need to wear a mask’ and all of the Covid hoaxes, trying to damp that back down as well.”