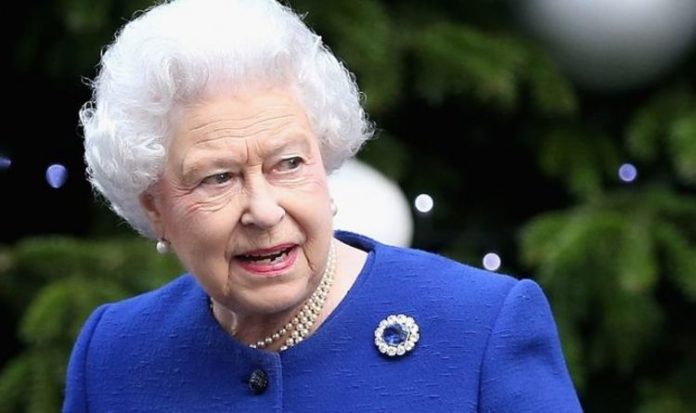 A Cabinet Office source opened up last year on “emergency evacuation plans” for the Queen and other senior royals. These proposals, drawn up by Whitehall, would have swung into action if riots had erupted in London following a no deal Brexit, it was reported.

The plans would have seen the Queen and Prince Philip being moved out of London to a secret location, according to a Sunday Times article from February last year.

These proposals were originally drafted during the Cold War to be put into action in the event of a nuclear attack from the USSR.

As a no deal Brexit started to loom in early 2019, they had been “repurposed” amid fears of civil disorder.

The deadline set by the UK to reach a deal with the EU had originally been set for late March 2019.

A Cabinet Office source told the newspaper at the time: “These emergency evacuation plans have been in existence since the Cold War, but have now been repurposed in the event of civil disorder following a no deal Brexit.”

Brexit was eventually delivered in late January, after which the Government started to negotiate a trade deal with the European Union.

The deadline of these talks is on December 31 and, for the most part of the month, the Prime Minister has warned the country and its businesses to prepare for a no deal Brexit amid struggles to struck an agreement with Brussels.

However, Boris Johnson and the President of the European Commission Ursula von der Leyen are believed to have made progress on resolving sticking issues including fishing rights and level playing field measures.

Negotiators rushed through the final details of the Brexit deal overnight.

And today, Mr Johnson is set to announce he has secured a trade deal with the EU.

Following the coronavirus outbreak this year, the Queen and Prince Philip decamped on March 19 at the safe and historic Windsor Castle.

The elderly royals have spent there the most part of this year and will remain at their Berkshire fortress over Christmas.

Since 2016, the Queen has only briefly hinted at the UK leaving the European bloc a handful of times.

In October 2018, during a state visit by King Willem-Alexander of the Netherlands, the monarch publicly spoke about Brexit for the first time.

Speaking to her Dutch counterpart, the Queen said “as we look toward a new partnership with Europe” the values shared by the UK and the Netherlands “are our greatest assets”.

During the State Opening of Parliament, the Queen was accused by a few royal watchers and commentators to have sent a coded message to the Government and the country by wearing a blue hat featuring yellow floral details.

This accessory, co-designed by Stella McLaren and the monarch’s senior dresser and confidant Angela Kelly, resembled the EU flag, according to some commentators.

However, Ms Kelly addressed these claims in her book published last year.

She wrote: “It was a coincidence but, boy, did it attract a lot of attention, and it certainly made us smile.”

In last year’s Christmas broadcast, the monarch is believed to have hinted at the difficult talks with the EU as well as her family’s internal issues when she acknowledged the country had gone through a “bumpy” path in 2019.

This year, a source claimed the Queen had delayed recording her Christmas address to be able to tweak her speech according to the outcome of the talks between London and Brussels.