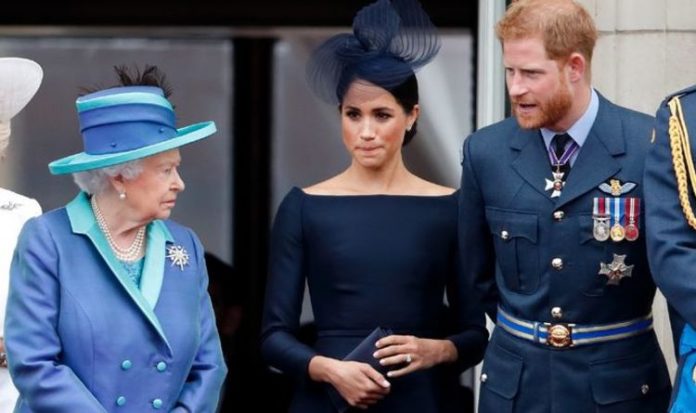 The Queen “expected” her grandson, Prince Harry, and his wife, Meghan Markle, to “follow” her example, according to Paul Burrell. The former royal butler joined TV star Vicky Pattison on her ‘The Secret To’ podcast to discuss how the Queen felt in the wake of the Duke and Duchess of Sussex’s departure from the Royal Family. Mr Burrell, who was also Princess Diana’s butler, insisted that his “support was with both” of her sons.

He told listeners: “The Queen, being a certain age, expects her children and her grandchildren to follow suit.

“She would have done everything she could possibly do to get Harry to stay with the working family.

“She would have said, ‘stay with us, because you’re part of it and the country love you’.”

Mr Burrell continued: “But he wanted something else, and he went with his heart, not his head.

“He went with the woman he loves, you can’t blame him.

“I treat both boys the same, they’re still Diana’s boys. My support is with both of them.”

The former footman also spoke about the deal that was struck for Harry and Meghan’s exit.

Harry lost three of his military titles: Captain General of the Royal Marines, Honorary Air Force Commandant of the Royal Air Force Base Honington, and Honorary Commodore-in-Chief of the Royal Naval Commands’ Small Ships and Diving.

According to ‘Finding Freedom’, the unauthorised biography about the Sussexes’ time as senior royals, this was his biggest disappointment of the exit.

A source told the authors it was a “tough pill to swallow”.

They also said it was the one that had been the most painful for Meghan to witness him go through.