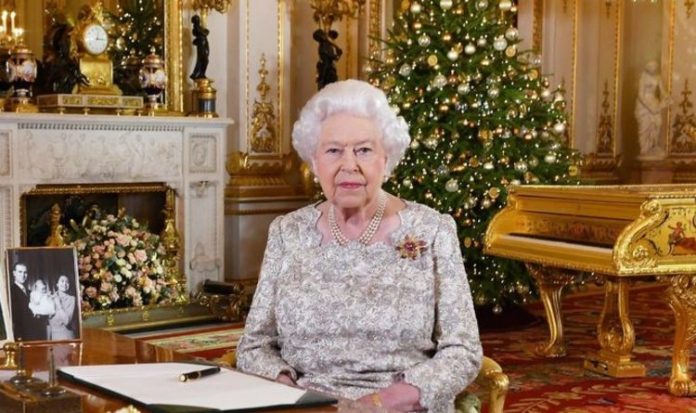 The Queen will have to abide by the same rules as the rest of the country this Christmas, as everyone faces a very different festive break. Boris Johnson announced earlier this week that from December 23-27, three households will be allowed to form a “Christmas bubble”. The bubble must be exclusive for the entire five-day period, meaning people cannot shift from one group to another.

As a result, the Queen will have to choose just two other households to celebrate with.

This could prove quite a hard decision, as the Queen and the Duke of Edinburgh have a large family, comprised of four children, eight grandchildren and eight great-grandchildren.

Last year, the monarch was joined by six other households.

This included Prince Charles and Camilla, Duchess of Cornwall, the Duke and Duchess of Cambridge and their three children, the Duke of York, Princess Beatrice and her then-fiancé Edoardo Mapelli Mozzi, Princess Anne and the Earl and Countess of Wessex.

The Queen will have to decide which two households will join her and Prince Philip for Christmas (Image: Getty)

Prince Harry, Meghan Markle and their son Archie are unlikely to return to the UK this Christmas (Image: Getty)

There are a number of options the Queen could take and it is understood she will make a final decision in a few weeks time.

Prince Charles and Camilla could join the Queen’s Christmas bubble but this would mean the Duchess would be unable to spend the festivities with her children and grandchildren.

The Queen may also decide to invite her other children, Princess Anne, Prince Andrew or Prince Edward.

But only two of her children’s households would be able to mingle with the Queen over the five days.

JUST IN: Queen’s Christmas DELAYED due to coronavirus pandemic setback

The Queen may decide to invite William and Kate as one third of the bubble with their three children, Prince George, seven, Princess Charlotte, five, and Prince Louis, two.

The Cambridge’s usually spend the Christmas period with the monarch at Sandringham, but on several occasions the couple have also spent the festivities with Kate’s family in Berkshire.

As a result, it is not clear whether Kate and William will join the Queen and Prince Philip this year, as they could choose to bubble up with Kate’s parents, Carole and Michael Middleton, at their home in Berkshire.

Such a move would be problematic though, as it means only one of Kate’s siblings, Pippa Matthews and James Middleton, could also join them.

DON’T MISS:
Christmas bubble rules: Does a support bubble count as one household? [DETAILS]
Can I stay overnight with family in Tier 2 or Tier 3 this Christmas? [INSIGHT]
Queen felt ‘a bit down’ during coronavirus lockdowm [ANALYSIS]

The Queen may decide to invite William and Kate as one third of the bubble with their three children (Image: Getty)

Prince Harry, Meghan Markle and their son Archie are unlikely to return to the UK this Christmas, so they will not be expected to form part of the Queen’s Christmas bubble.

The Queen, 94, will also have to decide whether it is safe to have two households join her and Prince Philip, 99, for the festive period.

This is because their age makes them more vulnerable to COVID-19.

When announcing the Christmas rules, Mr Johnson warned families they must make a “personal judgment” about the risks of spreading coronavirus to vulnerable loved ones.

The rest of the Queen’s Christmas plans will also have to be severely altered or cancelled, as she usually hosts a large Christmas lunch at Buckingham Palace the week before Christmas.

Thousands of well-wishers usually wait outside the Church to catch a glimpse of the royals.

But the British public will not be allowed to do so this year.