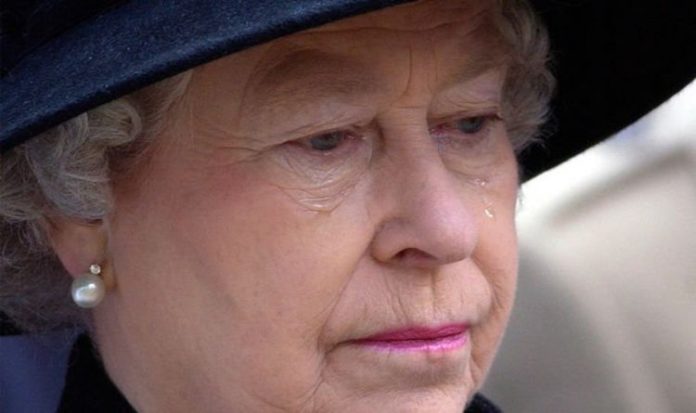 The Queen, 94, announced Meghan Markle and Prince Harry would not be returning to royal duties on February 19, just three days after Prince Philip entered hospital on February 16. The Duke of Edinburgh, who will turn 100 in June, has now spent his longest period in hospital – 13 nights. Royal commentator Sarah Vine has claimed that the Queen had to make her decision clear on the Sussexes in case something was to happen to Philip.

Speaking to Palace Confidential on MailPlus, Ms Vine said: “I have a theory which is a bit mad.

“I think the reason they made that statement about Meghan and Harry is because the Queen and Prince Philip have suddenly realised that they’re both getting on a bit and they needed to put a solution to this problem.

“They didn’t need to make a decision until the end of March because that was when the review was up.

“I wonder whether they thought, Philip is not very well, he’s in hospital.

“We can’t let this one ride, if something happens we have to have made our decision clear.

“I have a theory that’s why they made that statement about Harry and Meghan because I think they’re both perhaps mindful of the fact they are getting towards the end of their lives.

“Perhaps having Philip in hospital slightly focuses the mind on these quite important constitional matters.”

The Daily Mail’s royal editor Rebecca English added: “I suspect there is an element of that in the background.”

Philip was shielded from public view as he left King Edward VII’s hospital in central London, where he had been receiving treatment for an infection.

Umbrellas were held up as he made his way into a waiting ambulance, at the rear of the hospital, and was taken to St Bartholomew’s Hospital in the City of London, near St Paul’s Cathedral.

The duke was initially admitted nearly two weeks ago on February 16 for a few days as a precautionary measure after feeling unwell. A week later, Buckingham Palace announced the Queen’s consort was being treated for an infection.

Philip is known for his “no fuss” attitude and to not suffer fools gladly, and Royal biographer Penny Junor said his demeanour in hospital would be important.