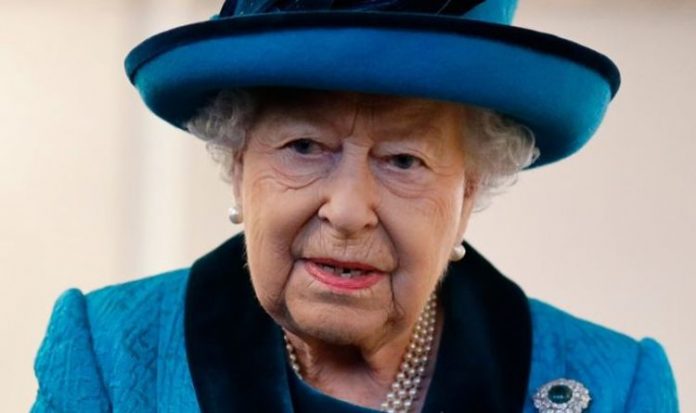 Spencer stars Kristen Stewart as Diana and portrays the collapse of her marriage to the Prince of Wales. Filming has reportedly started at a property owned by the monarch’s third cousin Prince Donatus of Hesse.

Schloss Kronberg near Frankfurt, Germany, is being used as a replacement for the Queen’s beloved Sandringham in Norfolk, according to the Daily Mail.

Royal insiders told the newspaper the Queen is unlikely to approve of her relative’s decision to allow filming at the location, which is used as a hotel.

But the newspaper cited sources sympathetic to Her Majesty’s cousin who pointed out the hotel industry has been badly hit by the coronavirus pandemic.

One said: “Schloss Kronberg is now used as a hotel and he had to close down his other five-star Grand Hotel in Frankfurt recently.

“It is a physical assertion of the sum of her parts, which starts with her given name – Spencer.

“It is a harrowing effort for her to return to herself, as Diana strives to hold on to what the name Spencer means to her.”

Spencer is being filmed in the UK and Germany.

The film is expected to be released in the autumn.

It comes after the latest series of Netflix’s The Crown, which saw Emma Corrin appear as Diana, sparked controversy.

Culture Secretary Oliver Dowden insisted a disclaimer should be added to episodes saying it is a work of fiction but the demand was denied by the streaming giant.