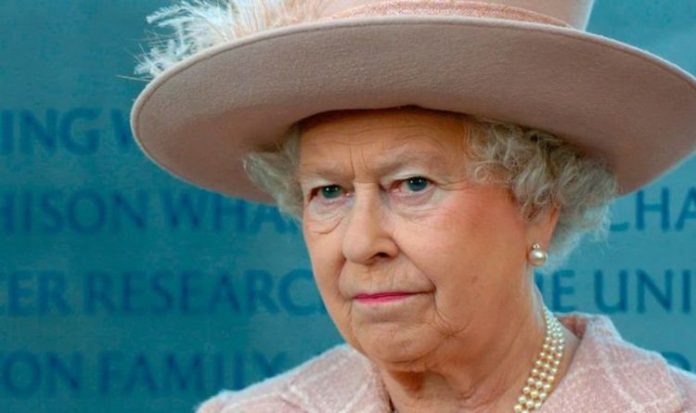 The Queen was at the centre of attempts to remove her from a senior position because of the “concerning” influence Prince Philip and his uncle, Lord Louis Mountbatten, could have on her. In the spring of 1946, the then-Princess Elizabeth was expected to take over as regent for King George VI as her father’s health became increasingly frail. But Channel 5’s documentary ‘Inside Buckingham Palace’ exposed a “treasonous” plot to bypass the royal in favour of another member of the Royal Family.

Christopher Wilson, who discovered references to the plot while researching in California ten years ago, told the documentary the attempt to oust Her Majesty had first been suggested by editor Kenneth de Courcy.

Mr de Courcy appealed to former king Edward VIII, then the Duke of Windsor, to take over the regency for his younger brother as he warned about the potential risks Prince Philip and Lord Mountbatten posed to the House of Windsor.

In a letter addressed to the Duke, the British editor said: “I do not think it too much to say that if the Regency should be one primarily influenced by the Mountbattens , the consequences for the Windsor Dynasty might be fatal.

“The Mountbattens, thoroughly well-informed of the situation, will do everything in their power to increase their influence

JUST IN: Meghan Markle and Harry put Queen in difficult position with unusual decision over Archie

“While in this case the Duke is of course not concerned with winning the Crown, he could be concerned in something even more important than that, namely, in laying entirely fresh foundation-stones in the place of those which are now endangered.

“None of this can be done without extremely careful and painstaking work.”

Wallis Simpson, the American divorcee King Edward VIII had renounced his throne for, initially appeared unconvinced by de Courcy’s plot and was only won over as news of King George VI’s health conditions worsened.

Mr de Courcy continued: “The King is suffering from a grievous malady which is incurable, it has spread over his whole body and the result is the blood does not flow freely through the arteries.]

“I am told on the highest medical authority that the King faces. The fearful tragedy of losing first one leg and then the other within two or three years.

“The Duke could, in these difficult circumstances be a decisive influence for good – making it absolutely impossible for the Mountbattens to become the decisive political and social influence upon the Regency and the future Monarch.”

The Duke of Windsor later hinted at taking parts in further talks in a letter about “the subject we discussed in Paris” but kept mum about the plan in later letters to avoid potential accusations of treason.

He wrote: “It certainly is a situation of great delicacy but, at the same time, one in which it would seem I hold fifty per cent of the bargaining power in order that the Duchess and I can plan for the future in the most constructive and convenient way.

READ  Meghan Markle and Prince Harry could use royal loophole to get Frogmore's £2.4million back | Royal | News (Reports)

“For obvious reasons, I prefer to say no more in this letter but look forward to another talk with you when there is an opportunity which I hope may be soon, when we can also take up the question of the reference to the subject in the Review of World Affairs which could easily be of assistance to all concerned.

“But as you say, it needs very careful thought.”

Queen Elizabeth II ultimately did not take over the reins of the monarchy as King George VI recovered from his bout of illness.

She would come to succeed him in February 1952, when he ultimately succumbed to lung cancer. The Duke of Windsor returned to the UK to pay tribute to his younger brother at his funeral.

Neither the Duke nor the Duchess of Windsor attended the Queen’s coronation at Westminster Abbey the following year.