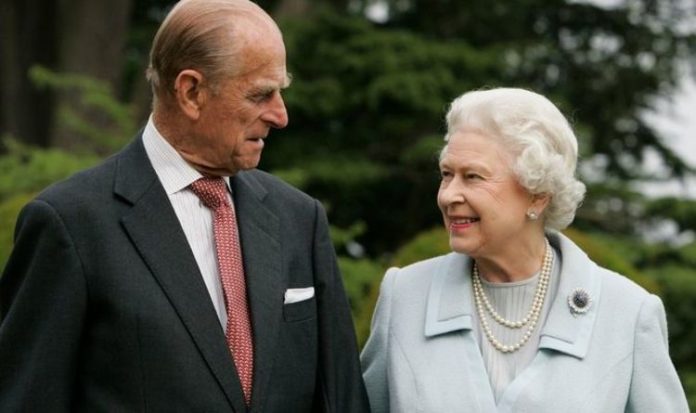 A few members of the Royal Family have already expressed their enthusiasm at positive news regarding vaccines against COVID-19. Buckingham Palace is remaining tight-lipped on whether the most senior members of the family, the Queen and Prince Philip, will be vaccinated along with millions of other Britons.

But, as the first vaccines created by Pfizer/BioNTech are being rolled out to members of the public, Foreign Secretary Mr Raab appeared to suggest the Queen and the Duke of Edinburgh will also be inoculated with it.

Asked whether he was expecting the elderly royals to get vaccinated and even do it on camera, Mr Raab told NBC News’ TODAY: “I’m not sure whether they’ll do it on camera but I’m sure arrangements will be made according to the phased approach that I set out.

“And like any family, you know, they will have felt the pressures and all of the worries that surround this pandemic as well.”

This morning, 90-year-old Margaret Keenan made history by becoming the first person in the world to take the Pfizer vaccine outside trials.

After her, 81-year-old William Shakespeare followed, the second of 800,000 doses to be dispensed throughout the coming weeks.

The Government is expecting up to four million people to receive the jab by the end of the month.

The British vaccination programme is currently focusing on over-80s as well as some health and care staff.

READ MORE: Queen and Prince Philip: When will royal couple get Covid vaccine?

Health Secretary Matt Hancock called getting the vaccine “a tribute to scientific endeavour and human ingenuity and to the hard work of so many people.”

He added: “Today marks the start of the fightback against our common enemy, the coronavirus.”

Yesterday, during a visit to Salisbury Cathedral, Prince Charles thanked all those involved in the development of the Covid-19 vaccine.

Expressing his enthusiasm as the country was gearing up to start the vaccination effort, he said the jab allows people to “look forward with renewed hope”.

During the visit, which marked the 800th anniversary of the founding of the splendid cathedral, he said: “As we gather here, we are profoundly aware of all those who have gone before us, who have bequeathed us the magnificent legacy of this glorious building, and who have maintained the spiritual community which has kept the flame of faith alive here for so many centuries.

“Over the years, that faith has sustained this city and this land through many trials and has done so through the many months of the pandemic we are currently experiencing.

“Over the years, each challenge in turn has been overcome, and that is the case today when, thanks to the inspiring work of all those who have been involved in providing vaccines, we can now look forward with renewed hope.”

His son Prince William had previously spoken about the vaccine, holding a video call with researchers in Oxford to congratulate on their work after the announcement their jab was highly effective.

During the call he said: “Well done, I’m so pleased for all of you guys, I really am.

“I saw on everyone’s faces back in June how much time and effort was going into this.”

He added: “I’m so thrilled that you’ve cracked it – so really well done.”

In late June, Prince William had met researchers as well as some of the volunteers taking part in the vaccine trial at the Oxford Vaccine Group’s facility at the city’s Churchill Hospital.

During his visit, he heard the progress they were making and the work they were carrying out.

The vaccine developed by Pfizer has been shown to have a 95 percent efficacy at protecting people against the virus.

Developers of the Oxford University and AstraZeneca jab, on the other hand, said their vaccine has an efficacy of 62 percent among the largest cohort given two doses, but rose to 90 percent among a smaller group given half a dose initially, followed by a full dose.

This vaccine has the perk of being easier to store.