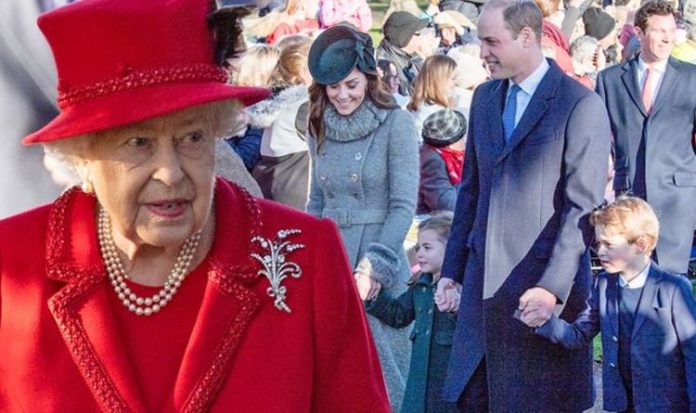 Aides are working on the assumption that she and Prince Philip will spend the festive break at the big house on the 20,000 acre royal estate, despite a staff revolt over attempts to make them isolate from their families. But, barring a dramatic change in efforts to tackle the coronavirus pandemic, the 94-year-old monarch has abandoned going to church for the traditional Christmas Day service at St Mary Magdalene Church on the estate.

The relaxed family affair has always been popular with an adoring public, too, who turn out with gifts of flowers and to wave – and possibly even grab a brief chat.

It is thought to be only the third time in her reign that she will miss attending church with her family on Christmas Day – and the first that the Windsors have not attended en masse in that time.

In 2016 she missed the Christmas Day service at Sandringham because of a heavy cold and in 1953 she was abroad.

The Queen has celebrated Christmas at Sandringham since 1988 and before that at Windsor Castle, where the family would usually attend the Christmas Day service at St George’s Chapel.

In 1953 she was away in New Zealand during a long Commonwealth tour.

Senior royal aides are finding it difficult to plan the Queen’s programme over the festive season because of rapidly changing COVID-19 restrictions – but are pinning their hopes on Boris Johnson and his ministers allowing families to celebrate together.

Mr Johnson has held out the promise of suspending the Rule of Six restriction over Christmas, even though lockdown has been tightened in many areas during major festivals for other religions, including the end of Ramadan and the Jewish new year.

A royal source said: “We will simply follow government guidance.”

There has been speculation that the Queen might stay at Windsor instead this year, but royal sources say she is a stickler for carrying on the Sandringham tradition.

She and Prince Philip went to Balmoral in the summer despite coronavirus restrictions preventing them entertaining in the usual way.

Joe Little, the managing editor at Majesty Magazine, doubts that the wider Royal Family will gather.

He said: “I think everybody is just going to end up in their own homes.

“If it is just the Queen and the Duke and they are rattling around in the big house, then it’s Balmoral part two, because they can’t entertain and what’s the point?”

Palace officials are still trying to deal with a staff revolt at Sandringham.

The Queen was said to be furious last month after it emerged that cleaners, laundry and maintenance workers on the Norfolk estate were refusing to isolate from their families for weeks to be able to join a small bubble of close aides serving the monarch over Christmas.

It is not clear which royals, if any, will be invited to Sandringham if the number of guests there is limited to six.

The Duke and Duchess of Cambridge are tipped to spend Christmas at Anmer Hall, their 10-bedroom mansion on the Sandringham estate, and others too are likely to spend the day at their own residences.

Wherever Prince Andrew, the Duke of York, 60, spends Christmas, the Queen remains supportive of him privately.

The duke has not worked as a senior royal for almost a year due to his links to his late friend, the paedophile Jeffrey Epstein.

The duke has always denied any wrongdoing.