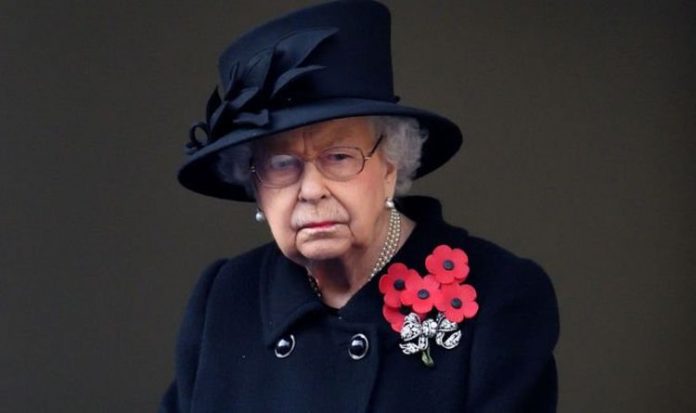 Queen Elizabeth II, 94, is spending the second lockdown at Windsor Castle with Prince Philip, 99, and while she may find comfort in being with her husband during these tumultuous times, the royal has been dealt heartbreaking news in recent weeks. One of the Queen’s dearest friends Lady Moyra Campbell died in a nursing home in Belfast on Sunday at the age of 90 and the COVID-19 lockdown meant the Queen was unable to see her before her death.

Lady Moyra was one of the Queen’s six maids of honour for her spectacular coronation at Westminster Abbey in 1953 and is understood to have been one of her closest friends.

Lady Moyra’s death comes just seven days after the death of another of the Queen’s adored friends, her cousin and confidante Lady Elizabeth Anson on November 1.

The Queen is understood to be deeply saddened by the recent losses.

On Wednesday, Prince Charles, Camilla, Duchess of Cornwall and Prince Edward and Sophie, Countess of Wessex honoured the royal Family’s ties to the armed forces by stepping out for Armistice Day services.

Charles and Camilla visited Westminster Abbey where the future king laid a wreath at the tomb of the Unknown Warrior.

Later this week Charles and Camilla will travel to Berlin to mark Germany’s official day of mourning.

The trip will take place the day after Prince Charles’s 72nd birthday on November 14.