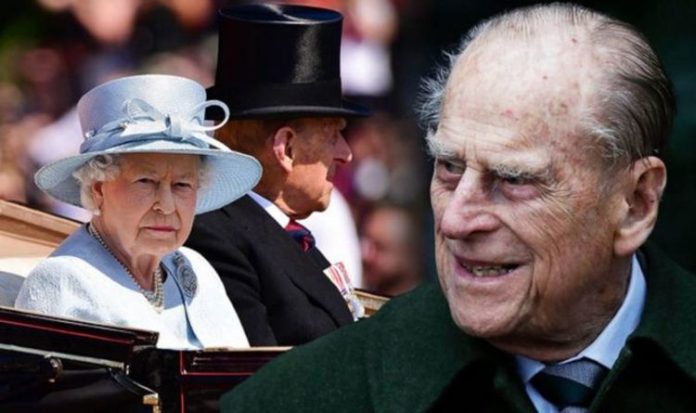 Coronavirus has halted much across the UK, including the royal duties The Firm carries out each year. However, The Queen has been continuing to work from home, addressing the nation twice during lockdown, as well as keeping in touch with the Prime Minister for their weekly chat.

In March, Buckingham Palace released a picture of the Queen at her desk in Windsor Castle speaking to Boris Johnson over the phone.

She has also spent some downtime, horse riding around the Windsor Estate – one of her favourite pastimes.

Most recently the Queen was seen attending arriving in Scotland, ready to spend time at her Balmoral Estate.

With the Queen, 94, having spent a lot of time with her husband Prince Philip, 99, the Duke’s usual isolated way of life has faced changes.

The couple usually lives apart and would normally only reunite at Windsor for the Easter holidays.

Philip and the Queen both fall in the at-risk category for coronavirus, which includes those aged 70 or over, and so have stayed put in Windsor Castle for the time being.

This also means they have been unable to visit family or have family to stay in accordance with the lockdown rules.

The couple has also spent their respective birthdays away from family due to lockdown, with Philip turning 99 on June 10, and the Queen celebrating her 94th birthday on April 21, and then again for official celebrations on June 13.

However, it is also entirely plausible in such a big residence as Windsor Castle, the Duke has carried on with relaxing away from royal duties.

In a rare statement last month, Philip gave thanks to key workers who have been working on the frontline against coronavirus.

The statement – the first public message issued since his retirement – read: “As we approach World Immunisation Week, I wanted to recognise the vital and urgent work being done by so many to tackle the pandemic.

“By those in the medical and scientific professions, at universities and research institutions, all united in working to protect us from COVID-19.

“On behalf of those of us who remain safe and at home, I also wanted to thank all key workers who ensure the infrastructure of our life continues.

“The staff and volunteers working in food production and distribution, those keeping postal and delivery services going, and those ensuring the rubbish continues to be collected.”

Whether it was living with the Queen once more or the heroic efforts against COVID-19 that inspired Philip’s statement – royal fans were delighted to hear from the Duke.

In his royal career, Prince Philip completed 22,219 royal engagements on his own since 1952.

The Duke once quipped he was “the world’s most experienced plaque unveiler” in reference to his royal duties.