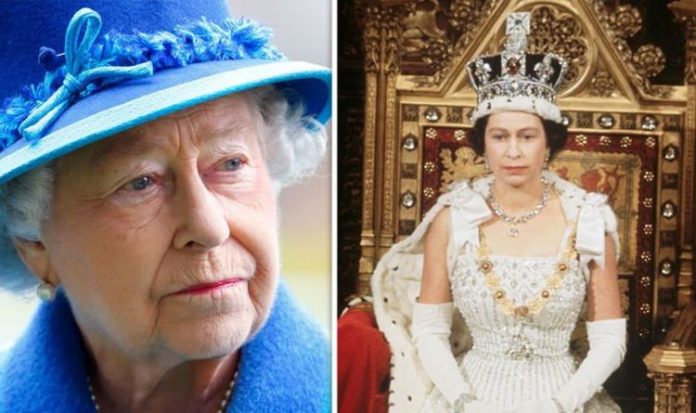 Queen Elizabeth II’s life changed forever following her father King George VI’s death on February 6, 1952. The Queen was on a royal visit to Kenya when she learnt the tragic news. As well as grieving for her father the Queen had to come to terms with her new role as sovereign and faced some hugely important decisions in regards to her new status.

While the Queen’s coronation did not take place until 1953, she automatically became Queen upon her father’s death at the age of 25.

This huge shift in status is outlined by a process known as ‘accession’ in which the new sovereign is asked to take an oath.

The Royal Family’s official website describes accession as follows: “Accession describes the event of a new Sovereign taking the throne upon the death of the previous King or Queen.

“A new Sovereign succeeds to the throne as soon as his or her predecessor dies and is proclaimed as soon as possible at an Accession Council in St James’s Palace.”

“All members of the Privy Council are summoned. The Lord Mayor and Aldermen of the City of London and High Commissioners of Realm Commonwealth countries are invited to attend.

“Following the proclamation, the Sovereign reads a declaration and takes the oath to preserve the Church of Scotland.

“The oath known as the accession declaration – an oath to maintain the established Protestant succession – is normally made at the next State Opening of Parliament.

“In London, the public proclamation of the new Sovereign is first read out at St James’s Palace.”

The Queen’s full name is Elizabeth Alexandra Mary Windsor and she is known as ‘Lillibet’ by her immediate family.

Unlike her father, King George VI who was known as “Bertie” by his family, the Queen stuck to her first Christian name and decided to be known as Queen Elizabeth.

Constitutional expert Iain MacMarthanne explained: “What regnal name a monarch chooses to call themselves, and their reasons for doing so, is very much personal to the monarch in question.

“Recent reigns highlight this fact. Victoria’s first name was Alexandrina, yet she chose as her regnal name the one she had been known by all her life.”

He added: “Prince Albert, known to all as Bertie, chose to be known as George VI.

“Even our present Queen, in the immediate aftermath of being told of her father’s death, was asked by which regnal name she would be known by, from her own names she could have been alternatively Alexandra or Mary, or indeed any name of her choosing.”

Prince Charles is first in line to throne and will also be able to choose his regnal name when he becomes king.

While he is most likely to be known as King Charles III, there is a chance he could choose to known as King Philip, given that it is one of his Christian names.