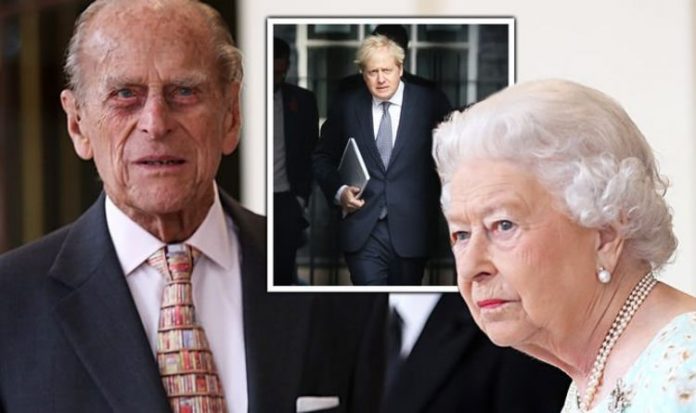 The Queen and Prince Philip will break one of their most beloved traditions this year for the first time since 1987. The elderly royals won’t spend Christmas at Sandringham House in Norfolk as they have done for the past 33 years, Buckingham Palace announced yesterday.

This decision is understood to have been taken by the Queen and the Duke of Edinburgh without consulting the Government.

The Daily Express royal correspondent Richard Palmer wrote on Twitter: “Christmas won’t be the same without the Royal Family at Sandringham.

“The Queen and Prince Philip made their decision without consulting the Government.

“It’s a very different tone than the message from Downing Street.”

It comes despite Mr Johnson saying last month he anticipated Britons celebrating “as normal a Christmas as possible”.

And in late November, the Government unveiled its plans to ease coronavirus restrictions across the four nations for a limited period of time.

People living in Wales, England and Scotland will be allowed to form a “Christmas bubble” with two more households lasting between December 23 and 27.

People living in Northern Ireland have been given more time, with rules being eased between December 22 and 28.

JUST IN: Prince Harry and William opened door for Meghan to speak out – expert

Bubble members will be allowed to meet in their own homes, in a place of worship or outside.

Yesterday a palace spokesperson said: “Having considered all the appropriate advice, the Queen and The Duke of Edinburgh have decided that this year they will spend Christmas quietly in Windsor.”

The decision to cancel their Sandringham trip may have been a painful one for the Queen.

The monarch traditionally remains in Norfolk until after February 6.

On that day in 1952, her father King George VI died in Sandringham, his most beloved royal residence.

To honour the former king’s memory, the monarch leaves her Christmas decoration up well past January 6, when tradition dictates they should be taken down, until February 6.

On the day the King died, the then-Princess Elizabeth was in Kenya as part of a whirlwind tour to the Commonwealth with Prince Philip.

Despite the pandemic, the monarch has continued to carry out her duties as a sovereign – including remaining in communication with the Government.

Every day, the Queen receives the Government’s red box at Windsor Castle and speaks weekly over the phone with the Prime Minister.

The Queen is understood to feel “fortunate” to have been able to see her family over the Christmas period every year up to 2020.

The monarch and the Duke of Edinburgh may be visited by some family members, royal commentators have reported, but they will likely spend their Christmas holidays quietly and privately.

Royal correspondent Rebecca English wrote on Twitter: “All the indications are that while they may see some family members, it will be quite a solitarily Christmas for the Queen and Prince Philip this year – the couple understand their family will have ‘competing demands’.”

Among those visiting the elderly couple are understood to be Prince Charles and Camilla, Duchess of Cornwall.

The couple will celebrate Christmas Day privately at Highgrove.

However, Mr Palmer wrote on Twitter: “Prince Charles and the Duchess of Cornwall will be at Highgrove for Christmas Day but expect to see the Queen and Philip at Windsor at some point.

“Camilla will also see her family over the festive period.

“Meetings may be socially distanced or outside to adhere to Government rules.”