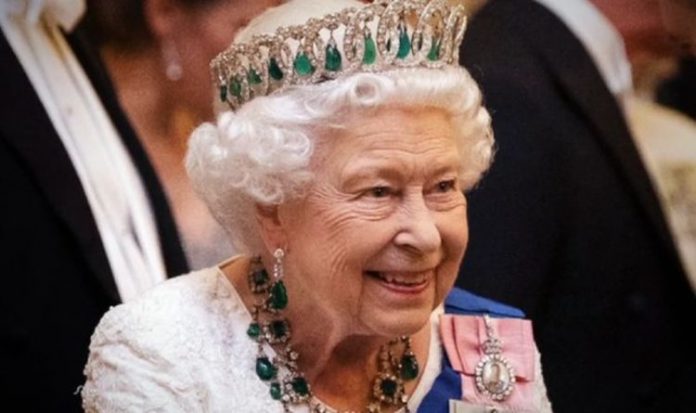 The Queen’s grandmother, Queen Mary, passed down a tiara that soon became a royal favourite to Queen Elizabeth II. The tiara was smuggled out of the Soviet Union before being returned to Grand Duchess Maria Pavlovna. After fleeing Russia, the Duchess asked her son to sneak back into the country to secure the jewels she had hidden before escaping.

Channel 5’s Royal documentary: ‘Secrets of the Royal Palaces’ saw royal experts and art historians discuss the journey of one of the Queen’s favourite jewels.

Narrator Glynis Barber said: “After the revolution of 1917, communist Russia was no longer safe for aristocrats as rich and prominent as Maria Pavlovna.

“The Grand Duchess was the last Romanov to escape Russia, her family had lost everything except her jewels.”

“Hidden in a secret alcove in her palace, the tiara was under the noses of the Bolshevik Government for many years.”

Art Historian Jacky Klein and Dr Ramirez explained how the jewels came to be in the possession of a member of the British Royal Family.

She said: “Her son, Grand Duke Boris, persuaded an art dealer friend of his to smuggle themselves into the country and get the jewels out.

“Then miraculously, they were able to transport them 1,3000 miles back across Europe hidden in a leather Gladstone bag, all the way back to London.”

“The Queen wears it in loads of different ways and each time it feels like a fresh new piece.”

Ms Klein added: “The tiara can also be worn with a stunning set of green emeralds.

“These were commissioned by Queen Mary, Queen Elizabeth’s grandmother and they were a set of cabochon drops that came from her own family’s cache of gems.”

The narrator closed by saying: “In 1953, the newly crowned Queen Elizabeth inherited the tiara directly from her grandmother.

“The tiara has become a royal favourite during her reign.”