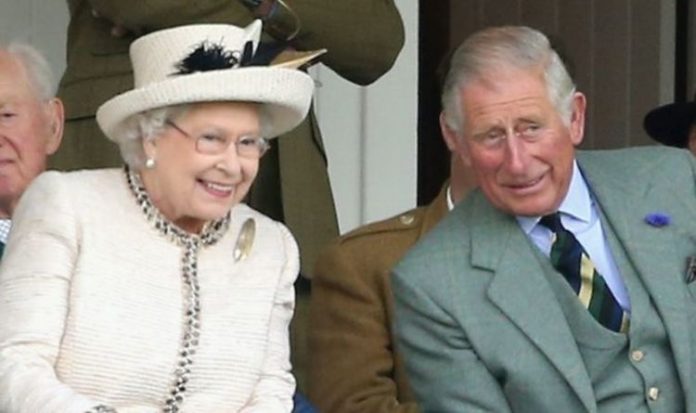 The Queen opened the royal celebrations for St Andrew’s Day publishing on social media a lovely picture taken during one of her stays in Balmoral and a message marking the important day for Scotland. The Royal Family’s Twitter account, which represents the monarch as well as other working royals without their own social media accounts, wrote this morning: “Happy #StAndrewsDay Day to all of our Scottish followers.”

Explaining what the picture attached represented, it added: “The Queen meets regimental mascot Cruachan IV as she inspects Balaclava Company, 5 Batallion The Royal Regiment of Scotland at Balmoral in 2018.”

The Queen usually inspects the Balaklava Company, part of the Royal Regiment of Scotland, upon taking up summer residence at her Scottish castle.

Shetland pony Cruachan IV is well known to the monarch, who has met it more than once over the past few years.

In 2017, the naughty animal munched on the Queen’s bouquet during a visit to Stirling Castle.

The Queen was followed shortly after by Prince Charles and Camilla, Duchess of Cornwall, in her tribute to St Andrew’s Day.

The Prince of Wales and the Duchess published a brief message on their Twitter account, reading: “Wishing all our Scottish followers a very happy #StAndrewsDay”.

Clarence House, the pair’s official Twitter account, attached four snaps of the two royals taken in Scotland over the past few years.

JUST IN: Prince Charles and Princess Diana ‘couldn’t keep hands off each other’

The Queen and Prince Philip usually stay in Scotland between late July and mid-October (Image: GETTY)

They added a picture of Kate and William meeting fans during a visit to the nation.

The Queen usually spends her summer break at Balmoral Castle with Prince Philip, with members of the Royal Family joining them to spend a few relaxing days fishing, walking or watching the Highland Games.

Kate and Prince William during a visit to Dundee in 2019 (Image: GETTY)

The elderly royals usually travel to Scotland in late July and return in mid-October, when the Queen resumes her royal duties.

This year, however, the coronavirus pandemic has heavily impacted the royal schedule and the chances for family members to meet and gather.

The Queen and Prince Philip travelled together to Balmoral in early August and were visited by a few members of their family.

Among them, there were Prince Edward and Sophie, Countess of Wessex, with their children as well as Princess Eugenie and her husband Jack Brooksbank.

Kate, Prince William and their three children George, Charlotte and Louis are also believed to have visited the Queen and the Duke of Edinburgh.

Unlike other years, the Queen and Prince Philip returned to England in mid-September and spent a few weeks privately at Wood Cottage, the Duke’s main residence since he retired in 2017.

Prince Charles and Camilla also have a residence in Scotland, at Birkhall.

The royals spent much of the first national lockdown there.

In late March, they were tested for coronavirus at an Aberdeenshire NHS centre after the Prince of Wales started experiencing flu-like symptoms.

Prince Charles tested positive and remained in self-isolation for seven days, while the Duchess of Cornwall had to quarantine for 14 days after testing negative.

In April, they shared a picture celebrating their 15th wedding anniversary taken on the porch of their Scottish home.

They returned to England in mid-June, when they visited a NHS hospital in Gloucestershire to thank frontline staff and took part in a ceremony marking the anniversary of Charles De Gaulle’s Appel with French President Emmanuel Macron.