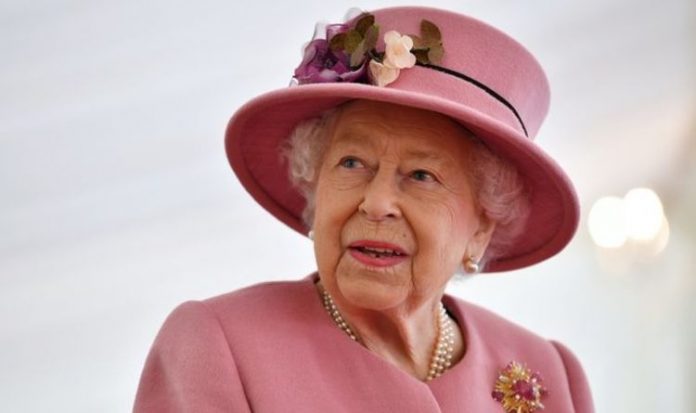 The monarch, 94, is staying at Windsor Castle, which is in Tier 2 under the new system. But nearby Slough, which is also in Berkshire, is in Tier 3.

Berkshire is the only county in the whole of England which has been split into different tiers.

The Government’s rationale for putting Slough in Tier 3 states: “The weekly case rate in Slough is much higher than surrounding areas at over 320 per 100,000 people compared with 155 per 100,000 in the rest of Berkshire and 138 in Buckinghamshire. Test positivity is also much higher at 12 percent.”

The new three-tier system, which comes into force on December 2 when England’s national lockdown ends, has sparked controversy.

Kent will enter Tier 3 despite starting the second lockdown under Tier 1.

If the Queen was at Buckingham Palace she would also be in Tier 2.

The monarch travelled from her London residence to Windsor Castle in March for the first lockdown, where she was joined by Prince Philip, 99.

READ MORE: Queen will ‘go on to bitter end’ after birthday oath

But the bubble must be exclusive over the five-day period, meaning people cannot move from one group to another.

The Queen and the Duke of Edinburgh have four children, eight grandchildren and eight great-grandchildren.

It is understood the decision on where and with whom the monarch will spend the Christmas period will not be made for another few weeks.

The Queen and Philip could travel to Sandringham during the five-day period under the rules.

If the monarch remains at Windsor it would be the first time in more than 30 years that she has spent Christmas at the Berkshire castle.

The coronavirus restrictions also mean the Queen will not be able to host her traditional pre-Christmas lunch at Buckingham Palace when the wider Royal Family usually comes together.