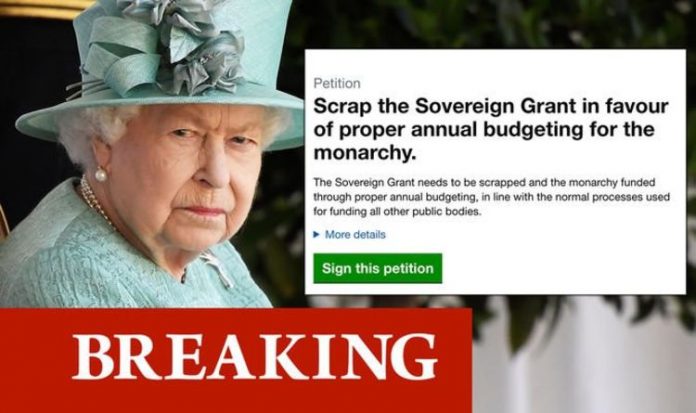 Republic, a group campaigning to scrap the monarchy in the UK, has launched a fresh petition in which they brand the Sovereign Grant a “scandal”. Upon launching their latest anti-monarchy campaign, the group wrote on Twitter: “The Sovereign Grant is a scandal.

“It is not calculated based on need, but based on a percentage of profits of the Crown Estate.

“Why isn’t the royal budget worked out like other public spending?

“Why isn’t it budgeted for annually and based on what’s needed?

“Instead it just keeps going up. But here’s the icing on the royal cake: the grant can never go down!

“Thanks to a ‘golden ratchet’, a clause in the Sovereign Grant Act says that if Crown Estate profits fall, the grant cannot go down.

“And of course the grant is only part of the total annual cost of the monarchy, which we estimate to be at least £345m a year.”