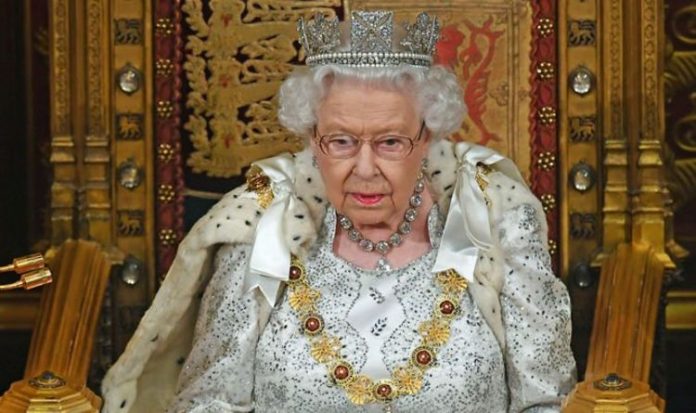 Prince Harry was said to have felt palace aides had “thrown him under a bus” to protect his older brother Prince William. The book claimed even the Queen was concerned as Harry felt aides were prioritising Prince William’s work over Harry’s.

The Queen worried that the brothers “at war” risked the future of the Royal Family while courtiers convened a summit where the implications were discussed, the authors of the biography claim.

The unofficial royal biography, Finding Freedom, released yesterday, explores the falling out between the siblings and the lead up to Meghan Markle and Harry’s decision to stand down as senior royals.

The book says high ranking aides were highly alarmed at the press coverage and speculation on social media about a rift between brothers.

The aids were so alarmed about the impact of the alleged rift between the formerly known fab four “that they began openly discussing the impact it could have on the monarchy if things weren’t righted”.

Queen heartbreak: The Queen worried that the brothers “at war” risked the future of the Royal Family (Image: GETTY)

The authors of the book, Omid Scobie and Carolyn Durand say that in the spring of 2019, courtiers attended a retreat where the concerns were openly discussed.

“We need to design a system to protect the monarchy full stop,” one is quoted as saying.

“It’s no secret, the future of this monarchy relies solely on the four people currently in Kensington Palace.

“The public popularity only lies with them… When he [the Prince of Wales] becomes King, the only way it lasts is if the four of them are not at war.

JUST IN: Meghan and Harry’s biography rumbled as critical flaw on page ONE

Queen heartbreak: The book says high ranking aides were highly alarmed at the press coverage and speculation on social media about a rift between brothers (Image: GETTY)

“We cannot have them at war.”

The book added that Harry was upset the falling out was playing out so publicly.

One source told the authors: “There had been moments where he felt people working with his brother had put things out there to make William look good, even if it meant throwing Harry under the bus.

“It was a confusing time, and his head was all over the place – he didn’t know who or what to believe, and he and William weren’t talking enough either, which made everything a lot worse.”

Queen heartbreak: The feud worried aides to the point they ‘began openly discussing the impact it could have on the monarchy if things weren’t righted’ (Image: GETTY)

Queen heartbreak: Harry is said to have likened meetings about his future to ‘standing in front of a firing squad’ (Image: GETTY)

Another source said “even the Queen was concerned”.

The book also told how aides feared the popularity of the Duke and Duchess of Sussex could eclipse the Royal Family and needed to be “reined in”.

Harry is said to have likened meetings about his future to “standing in front of a firing squad”.

A source said: “He feels there were so many occasions when the institution and his family could have helped them, stood up for them, backed them up, and never did.”

Meghan Markle and Prince Harry have distanced themselves from the book, saying they were not interviewed for the biography and did not make any contributions to it.

However, the book even discusses personal details of Harry and Meghan’s first ever date, and how Harry warned Meghan about royal life.

The extract said: “The most he had admitted at that point was that his life was ‘sometimes a little mad'”

The book, written by Omid Scobie and Carolyn Durand spoke of how Harry tried to “impress” Meghan on the date.

Queen heartbreak: Meghan Markle and Prince Harry have distanced themselves from the book (Image: PA)

However, it wasn’t as easy as the Prince may have anticipated.

The extract reads: “On that first date at Soho House’s Dean Street Townhouse Meghan had enough dating experience to know a charmer when she saw one, and Harry was obviously not at all that. If anything, he was unfiltered.

“While it was clear he wanted to impress her with details about his work, he spoke without overthinking — and he never mentioned anything about being a royal or a prince.”

The extract read: “Harry quickly realised that impressing Meghan was going to be tougher than just giving her one of his big smiles.

“’I am really going to have to up my game here, sit down and make sure I’ve got a good chat!'”