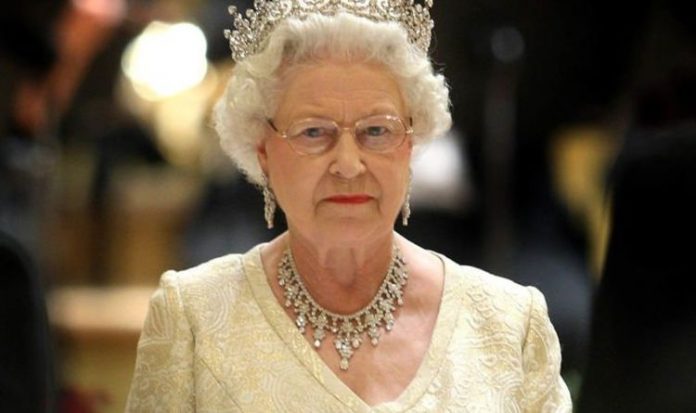 The Queen’s busy schedule had a huge impact on the filming of Bridgerton, a popular show released by Netflix, its creator has revealed on Twitter. One crucial scene of the TV show was filmed at Lancaster House, a building often used for formal events, on the same day the real monarch was due to arrive there.

Chris Van Dusen, creator, showrunner and executive producer of Bridgerton, recalled the Queen “needed the space”, meaning the crew had to get the scene right as soon as possible.

Replying to a fan of the Netflix show who was praising the acting of one of the actors involved in the filming, Mr Van Dusen said: “We had very limited time to shoot this scene before Her Majesty (the real one) needed the space @ Lancaster House, London #Bridgerton”.

The scene filmed with “very limited time” available to the crew sees two of the protagonists of the TV show, Daphne Bridgerton and the Duke of Hastings, pleading to Queen Charlotte for a marriage licence.

Lancaster House is a Grade I listed building regularly used for state dinners and formal events.

Bridgerton isn’t the first show to use this palace in London.

The Queen herself has been portrayed by actresses at Lancaster House, as it was used to film several scenes of The Crown.

Mr Van Dusen did not reveal when the clash of schedules took place.

JUST IN: Meghan Markle blasted for ‘confusing and tortuous account’ in court

The Queen has been self-isolating at Windsor Castle for the most part of 2020.

The monarch continued working from her home in Berkshire, where she had been joined by Prince Philip.

Since March last year, the Queen has embraced video calls as a mean to remain in touch with organisations and patronages.

And she has even been able to resume meetings with dignitaries and diplomats thanks to technology.

The Queen and Prince Philip left Windsor Castle for Balmoral one month after the first national lockdown ended.

They remained there only for a few weeks, where they were visited by the Cambridges, Princess Eugenie and the Wessex’s among other relatives.

In mid-September, the elderly couple travelled to Norfolk to spend privately a few weeks together.

The Queen returned to face-to-face engagements in October, when she visited Porton Down with Prince William.

In November, shortly before the second national lockdown, she travelled from Windsor to London to visit the tomb of the Unknown Warrior.

A few days later she also attended a streamlined National Service of Remembrance at the Cenotaph.

For the first time in more than three decades, the Queen and Prince Philip renounced to travel to Sandringham and spend their Christmas break there.

Instead, they celebrated the holidays in Berkshire, separated from the rest of the Royal Family.

The Queen is now believed to be hoping to be able to return to London in June, when the Trooping the Colour parade is scheduled to take place.

A senior royal aide said earlier this month: “The current plan is for the Queen’s birthday parade to go ahead in London as normal, with the acceptance that it may need to be adapted or scaled back depending on what guidelines are in force at the time.

“But the aspiration and the ultimate desire is to make it happen.”