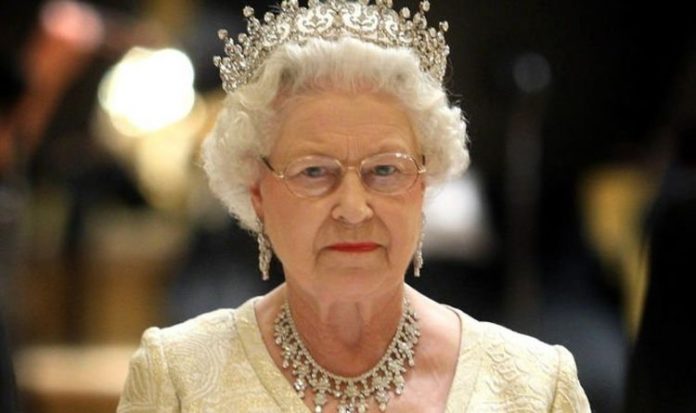 The Queen and the Royal Family were urged by social media users to step up and help Historic Royal Palaces, an independent organisation looking after several royal residences including Kensington Palace and Hampton Court. The organisation announced yesterday 145 out of its 1,165 employees were facing redundancies in the wake of the financial crisis sparked by the coronavirus pandemic.

As this charity takes care of historic building linked to the Crown and its history, many Twitter users urged the Royal Family to share its wealth to help.

A Twitter user with the nickname Rashimilove wrote: “Sorry but why is the Royal Family not helping??”

Another, named Glitter Monkey, added: “So sorry for the staff affected.

“Maybe HM could put her hand in her pocket?”

A third named Hallelujah777 added: “Seriously Though! PLEASE consider the people’s inquiries regarding the question of: “Why doesn’t the QUEEN herself have some responsibility to assist with funding? Explain.

“Why isn’t the QUEEN obligated at some juncture to financially lend a hand for any necessary needs?! Explain.”

The Historic Royal Palaces organisation is a charity which receives no funds from either the Crown Estate or the Government and is run independently from the Royal Family.

It looks after the Tower of London, Hampton Court Palace, the Banqueting House, Kensington Palace, Kew Palace and Hillsborough Castle, with the aim to share the history of these palaces and how monarchs have shaped society while inhabiting them.

Calls for the Royal Family to rescue the fate of this charity’s employees came after the Historic Royal Palaces took to Twitter to announce it entered a period of consultation on redundancies.

“With great regret, today Historic Royal Palaces has entered into a period of consultation on proposed redundancies.

“Just a few months ago we could never have imagined we would be in this position.

“The prolonged closures of our six sites and a major downturn in international tourism have reduced our income by 89 percent, and we expect our recovery to take several years.

“We have already made significant savings, but sadly we have no choice but to propose further measures, if the charity is to withstand the challenging years ahead.

“Thank you to all of our followers for your support during this challenging time.”

In a statement shared on its website, the charity added “all other means available to us” to avoid redundancies had been explored and exhausted.

John Barnes, chief executive of Historic Royal Palaces, said: “At every stage of this crisis, we have tried to limit the impact of the financial challenges on our staff, who care passionately about the palaces and our work.

“If we are to continue this work, we must act now to reduce payroll costs and make the charity financially sustainable.

“We are privileged to be the guardians of six remarkable places, but the dedicated team who care for them are the spirit of our charity, and we are deeply sad that it has come to this.”

The charity had asked for help on social media as it was facing a shortfall in revenue due to the prologued closure of its palaces during the height of lockdown.

But, while being sympathetic, some social media users told the Historic Royal Palaces to “ask the Royal Family for help”.

A Twitter user wrote: “Why can’t you receive help from our Royal Family rather than asking the furloughed or redundant, unemployed community?”

Another said: “Maybe the Windsor’s could help out?”

And another added: “Maybe… I don’t know…ask the Queen?”