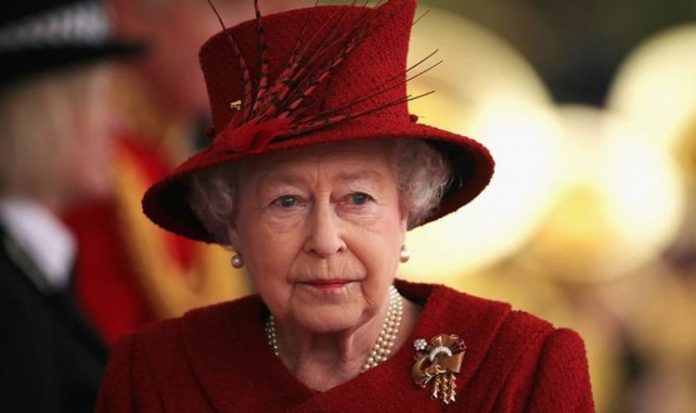 The Queen has shown it is business as usual for her by holding yesterday a meeting over the phone with the First Sea Lord, Admiral Tony Radakin. During this engagement, the monarch and the official discussed the ongoing work of the Royal Navy both at home and overseas.

The pair also discussed the wellbeing of members of the Navy during the ongoing pandemic.

The First Sea Lord is the professional head of the Royal Navy and Naval Service.

Admiral Radakin was appointed in this role in June 2019, after serving one year as Second Sea Lord.

The Queen has a long and close relationship with the Armed Forces – not just as its Head but also as a wife, mother and grandmother of individuals who have served in active duty.

Prince Philip earned his medals by fighting in the Navy during World War II.

Prince Andrew, the Duke of Edinburgh and Queen’s second son, served as a helicopter pilot during the Falklands War in 1982.

And Prince Harry served two tours in Afghanistan during his 10 years of service in the Army.

The Queen herself played a role during WWII, becoming the first female member of the Royal Family to join the Armed Forces as a full-time active member.

In 1945, aged 18, she was a Subaltern in the Auxiliary Territorial Service.

In that role, the then-Princess Elizabeth learned how to drive and to maintain vehicles.

The phone meeting between Admiral Radakin and the Queen took place after Prince Philip had spent his first night at King Edward VII Hospital in London.

Buckingham Palace announced yesterday the Duke of Edinburgh had been taken to hospital on Tuesday following the advice of his doctor.

A statement issued by the palace read: “His Royal Highness The Duke of Edinburgh was admitted to the King Edward VII Hospital in London, on Tuesday evening.

It is understood the decision to admit Philip was taken with an “abundance” of precaution.

Prince Philip’s trip to the hospital was not considered an emergency, sources have said.

The Duke, who has been self-isolating for months with the Queen at Windsor Castle, will unlikely be visited by any family member during his stay at the London hospital given the safety measures in place in the midst of the coronavirus pandemic.

The Duke, one insider said, will likely want to keep the fuss about his hospitalisation at the minimum and will be mindful of the pressure NHS staff has been under for almost one year now.

The source told the Daily Mirror: “We are all aware of the Duke’s character and he will want the minimum of fuss made, especially when the doctors and nurses are all working so hard during the pandemic.

“He was happy to go in as a precaution and is in good spirits.

“He’s been told to rest and will stay in for a few days doing so.”