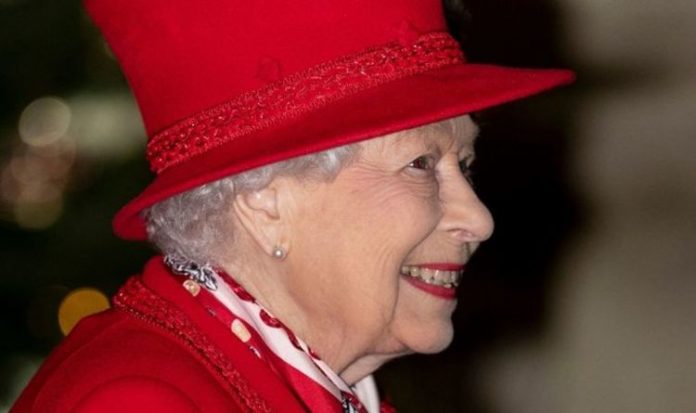 The Royal Family has been able to highlight the Crown’s crucial role in the country while the coronavirus pandemic continues to sweep through the world and disrupted its way of life, according to a royal expert. And it has done so during a year which started with major internal issues, the royal commentator added.

Expert Richard Fitzwilliams said the House of Windsor has “nonetheless showed the importance of the Royal Family at a time of national emergency” despite 2020 beginning with Meghan Markle and Prince Harry’s decision to step down as senior royals – a move branded a “serious crisis” by the commentator.

The fact that the Duke and Duchess of Sussex’s announcement came just a few months after Prince Andrew stepped back from public duties following his car crash interview with Newsnight, the expert said, made the internal fallout even more acute.

Since the beginning of the pandemic, the expert said, the Royal Family has showcased one of its most remarkable qualities, Mr Fitzwilliams added.

He told Express.co.uk: “One of the most remarkable features of the Windsors is their ability to adapt to changes in contemporary attitudes.”

The Queen and the Royal Family supported the country throughout 2020, an expert said (Image: GETTY)

Kate and Prince William, as well as Prince Charles and Camilla, paved the way to virtual engagements.

These couples were the firsts to carry out virtual meetings and visits with individuals and associations throughout the first national lockdown to continue lending their support to causes close to their heart.

The four senior royals were quickly followed by other members of the House of Windsor in their decision to embrace technology to continue their royal work.

Among them, there was Sophie, Countess of Wessex, who appears to have stepped up to the plate following Meghan and Harry’s departure as working royals, and Princess Anne.

The Queen, despite her age, did not remain behind and, on top of holding regular weekly meetings over the phone with the Prime Minister, she also mastered the art of hosting video conferences.

Starting over the summer with a video call with members of the Carers Trust, the Queen has carried out several more virtual engagements since and is now also hosting private audiences via video link.

Mr Fitzwilliams said: “What will especially be remembered is the use of virtual appearances by the Queen and other royals.

The Queen delivering a poignant speech in April (Image: GETTY)

The Queen and other senior royals gathered at Windsor Castle in early December (Image: GETTY)

“But obviously acting on Government advice, there were also live appearances, most memorably when the 99-year-old Prince Philip came out of retirement to hand over the role of Colonel-in-Chief of The Rifles to the Duchess of Cornwall in a specially arranged socially distanced ceremony when he was at Windsor and Camilla at Highgrove.”

The House of Windsor started demonstrating its ability to adapt to the changing times from the very moment it was created.

In 1917, King George V replaced the historic royal household’s name, Saxe-Coburg-Gotha, with Windsor to protect the Royal Family from the growing anti-German sentiment in the midst of World War I.

Ever since, the royals have been lauded for embracing technology – delivering their speech via radio first and then TV in the 1950s in a bid to reach a wider audience.

While the Royal Family and the Queen’s readiness to reach others via video meetings has been key in 2020, Mr Fitzwilliams believes this year the Windsors have distinguished themselves for the support they provided to the country through their initiatives.

He said: “The year when the pandemic struck will be remembered for the Queen’s two truly remarkable addresses to the nation.”

The monarch delivered two addresses to the country – one in April, to boost morale during the first national lockdown, and one in May, to mark the 75th anniversary of the end of World War II in Europe.

Mr Fitzwilliams, speaking about other signature royal initiatives in 2020, added: “Without comparable coverage but with deftness and help by their press offices, we have seen numerous virtual appearances by senior working royals.

“William’s launch of the Earthshot Prize to encourage ideas for the environment and Kate’s survey on the Under Fives, The Big Five Questions and her imaginative Hold Still Project, which documented life during the pandemic, are marvellous examples of royal initiative.

“William and Kate’s trip in the Royal Train was an excellent idea and intended to help those who have served the community during this difficult year but Nicola Sturgeon, the Scottish First Minister and the Welsh Health Minister Vaughan Gething used it for grandstanding to their supporters.”