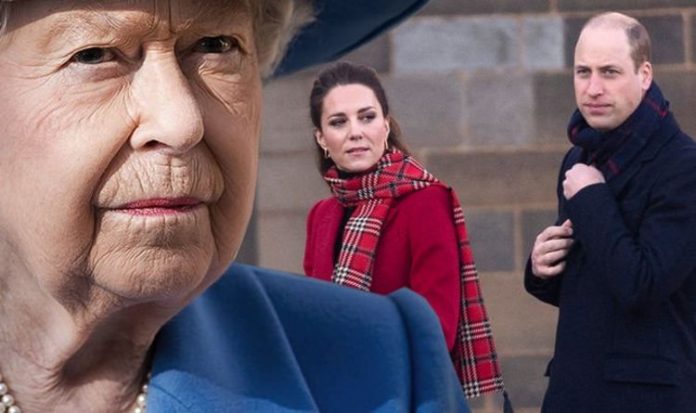 Republic is an organisation that campaigns for Queen Elizabeth II and her successors to be replaced by an elected, democratic head of state with the monarchy abolished. Graham Smith, Republic’s CEO, told Express.co.uk the monarchy is running out of Royal Family members willing and able to represent the country following the departure of Meghan Markle and Prince Harry from the royal frontline and to some extent Prince Andrew.

Mr Smith said: “They are running out of the star cast and it is not looking like it is going to improve.

“I think it just gives the sense of a fairly sharp decline in the monarchy as an institution.

“They are running out of people that are willing and able to represent the monarchy and the country.

“It shows that after the Queen there is no generation of the royals that even come close to commanding the level of support the Queen has.

“The Queen’s children and grandchildren are simply not in the same bracket as the Queen in terms of levels of support.”

He added: “Andrew’s demise and Prince Harry departure coming right on the back of each other put the monarchy in a difficult position because it is also in the decade that the Queen is likely to die.

“It leaves only William and Charles at the forefront, but they are not particularly interesting or inspiring, there is really no one else.

“There has been some speculation about bringing Edward back to the fore, but most people can’t remember him who are under 40 and are uninterested.”

“The truth is that the base of support that the monarchy has remained pretty consistent and there is no reason whatsoever to expect it to go down.

“A new reign is obviously a change of monarch. However, the duties, to be advised to encourage and warn would be just the same.”

He added: “It is possible that for a while there may be fewer working royals but it is only a matter of time before George and his siblings carry out royal engagements.

“William has already indicated he sees his grandmother as his role model and he couldn’t have chosen a better one.”