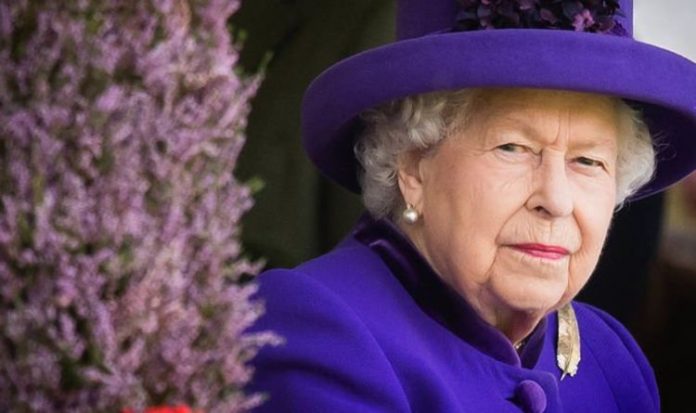 The ongoing coronavirus pandemic and the current self-isolation arrangements make it highly unlikely the monarch will be dragged into the political discussion on the future of Scotland, according to Dickie Arbiter. The Queen’s former press secretary recalled how she got involved in the Scottish independence debate in 2014 after being approached by a royal fan.

He said: “Will [the Royal Family] get dragged in again? No.

“We probably we will be in the same situation with coronavirus in May so there’ll be no dragging the royals in with innocuous questions.”

The Queen is currently self-isolating at Windsor Castle and is not expected to leave the royal bubble until the end of the third national lockdown.

And, even if she resumed face-to-face engagements later this year, it is unlikely royal watchers would be allowed to approach the Queen out of health concerns.

In 2014, a royal watcher asked the Queen a question about the referendum outside of Crathie Kirk, near Balmoral.

The monarch replied: “Well, I hope people will think very carefully about the future.”

While her words were carefully measured and did not take any side, the pro-union faction interpreted the Queen’s remarks as support for rejecting independence.

The belief the monarch spoke in favour of the No faction was reinforced in September 2019, after former Prime Minister David Cameron said he had asked for “a raising of the eyebrow” on the Queen’s behalf after he saw a poll showing the Yes side ahead.

“That’s an interpretation by one person.

“The other story was the Queen getting involved.

“All she said, perfectly innocuously, was you’ve got to be very careful how you’re voting.”

The Queen, as head of state, is required to remain politically neutral and conceal her personal views.

Other members of the Royal Family are not asked to do the same, but senior royals join the Queen in her neutrality bid and tend not to express political views or cast their ballot.

In September last year, while speaking about the US election, Prince Harry confessed he had never voted due to his royal status.

The Royal Family’s bond with Scotland is very well known.

The Queen travels across the Scottish border every summer and normally stays at Balmoral Castle for several weeks between late July and mid-October.

There, she is visited by family members and friends, but can also host dignitaries and the Prime Minister.

While at Balmoral, the Queen also hosts the Ghillies Ball, attended by her family, neighbours and castle staff, and she is a guest of honour at the Highland Games.

The Prince of Wales has a home in Birkhall, where he spent the first national lockdown.

Earlier this week, the royals honoured Burns Night, the celebration of the life and poetry of Scottish author Robert Burns.

While Prince Charles and Camilla read poems by Burns on camera, the Royal Family’s Twitter account shared pictures of Balmoral accompanied by a line from My Heart’s In The Highlands.

And Kate and Prince William treated staff at NHS Tayside with a traditional Burns supper.